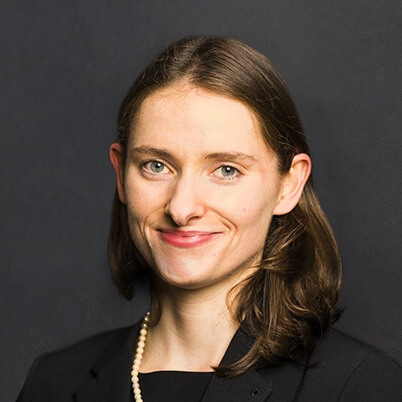 Emma has a broad commercial chancery practice in line with chambers’ profile. Her work covers a diverse range of complex disputes both in the Commercial Court and Chancery Division and in arbitration. Emma’s practice areas include general commercial disputes, company and trust disputes as well as aviation and civil fraud. Emma is also regularly involved in cases raising questions of private international law.

Before coming to the Bar, Emma studied law at the University of Cambridge graduating third in her year and receiving university prizes for Constitutional Law, EU Law and Conflicts of Laws. Emma then read for the BCL at the University of Oxford where she was awarded a Distinction and the Peter Birks Restitution Law Prize. Emma subsequently taught Contract Law at St Hilda’s college (Oxford) and worked as a research assistant for Professor Chen-Wishart.

Her recent highlights include:

Full details of Emma’s experience are set out below.

Commercial Court finds that s.423 claims in respect of transfers of corporate assets do not raise a serious issue to be tried18 May 2022
The role for restitutionary remedies for unjust enrichment: Review of Recent Cases22 April 2022