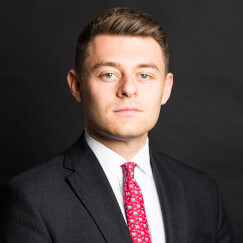 Charles joined Chambers in 2021 following the successful completion of his pupillage. As a pupil, he gained a broad range of experience in the commercial chancery sphere and now welcomes instructions across all of Chambers’ core practice areas, including insolvency, commercial disputes, civil fraud, company law, trusts, and probate litigation.

Prior to commencing pupillage, Charles spent a year at the Court of Appeal as the Judicial Assistant to The Rt.Hon Sir David Richards. There, he worked on various commercial chancery matters involving, amongst other things, breach of directors’ duties, breach of fiduciary duty and breach of trust.

Charles has also provided research for the editors of the upcoming 20th edition of Underhill and Hayton: Law of Trusts and Trustees and tutored undergraduate trust law at University College London.

During pupillage, Charles assisted in: