She's very bright, very quick and very thorough, and has a high level of intelligence. 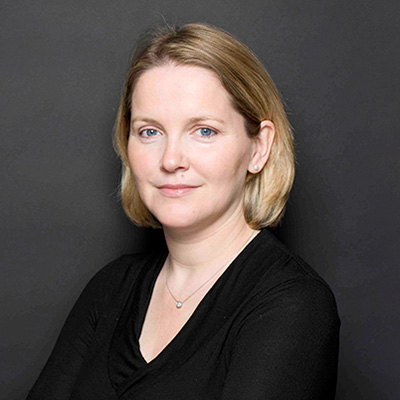 She's very bright, very quick and very thorough, and has a high level of intelligence.

Jessica has a broad commercial chancery practice encompassing domestic and international litigation, arbitration and mediation of business and private client disputes. Jessica was called to the bar in 1997 and since then she has gained considerable experience of large scale, complex cases led by leading silks and on her own account.

Jessica is often involved in the leading trust and inheritance disputes of the day.  She is currently acting in a significant Inheritance Act dispute, and, together with Alan Steinfeld QC, is instructed in a second round of litigation in Oakhurst v Blackstar following their successful defence of trustees’ remuneration in Oakhurst v Blackstar [2013] EWHC 1363 (Ch).  She is representing the sons’ interests in the estate of Hassib Sabbagh [2014] EWHC 3233 (Comm) in an appeal in a heavyweight jurisdiction challenge led by Alex Layton QC.  She was involved in the preparation of the successful case before the Court of Appeal in Patel v Mirza concerning the defence of illegality which has recently been endorsed by the Supreme Court [2016] UKSC 42.

In recent years she represented the daughters’ interests in the estate of Lord Lambton [2013] EWHC 3566 (Ch) involving the complex area of conflict of laws governing succession to his estate, and has acted for other high net worth families in resolving inheritance disputes. She has been instructed in a number of Inheritance Act cases, mediated out of court.

Jessica has recently qualified as an accredited mediator and a link to her page may be found here.

Jessica has been consistently recommended in Chambers & Partners UK from 2007 to date for both commercial chancery and traditional chancery, as well as in recent editions of Chambers Global and Citywealth Leaders List.

Clients have praised her for a variety of skills:

Jessica is “ferociously clever” and “has an absolutely first-rate brain”.  She “shows incredible attention to detail”. Chambers & Partners 2016

“She is a very good person to work with in difficult situations.” Chambers & Partners 2015

“Exceptionally astute. She provides clear advice, and has an excellent rapport with clients” and she excels in the field of complex trust work. Chambers & Partners 2014

The “personable” Jessica is considered to be “very solid” on traditional chancery matters. Chambers & Partners 2013

Company and trusts law expert, Jessica acts in complex and often bitter disputes between trustees and family members concerning alleged misfeasance in the handling of private and corporate affairs. Sources consider her “impressive, helpful and proactive”.  Talented, she handles a diverse caseload which ranges from trust disputes with a backdrop of company law to important private trusts, Inheritance Act and contentious estates claims. She impresses through combining a “highly analytical mind” with a “helpful, proactive and responsive” manner. Chambers & Partners 2012

“A mature head on her shoulders” and “an excellent level of experience and understanding beyond her call”.  With a flair for large and often complex cases, she is singled out as a rare gem for “making herself accessible at all times”. “Highly accomplished at building a great rapport with the client,“ she further impresses with her outstanding drafting skills.  Chambers & Partners 2011

She is widely lauded by instructing solicitors for her commercial practice. She is one of the set’s more exciting performers.  She maintains a broad chancery practice, covering both commercial and traditional spheres.  Chambers & Partners 2010

“Adored by solicitors”, “an intellectual team player who is hard working and likeable”.   “Well capable of handling herself under pressure”, Jessica invariably presents herself as “an unflustered opponent”.  Chambers & Partners 2009

Jessica’s cases often have an international or offshore element and she has had experience of litigation in USA, Switzerland, Greece, Cyprus, China and Samoa, and arbitration in Nigeria, South Africa, Denmark, Sweden, India and Kazakhstan.  In addition her trust cases have involved her in the following offshore jurisdictions: British Virgin Islands, Cayman Islands, Isle of Man, Guernsey, Jersey, Gibraltar and the Bahamas. Although she has good experience of international and offshore jurisdictions, her mainstream practice remains based in London.

In addition to the core areas of her practice which have historically focused on commercial and trust litigation, a number of her cases have involved aspects of insolvency and company law and she has had recent exposure to financial services and hedge funds litigation as well as professional negligence.