He's very good in court and very smooth - great with clients. He's creative in his thinking and always has a good strategy in mind. 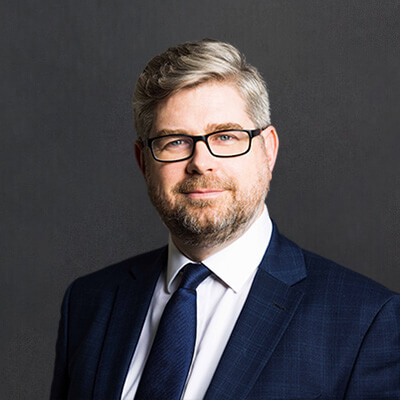 He's very good in court and very smooth - great with clients. He's creative in his thinking and always has a good strategy in mind.

Steven has a substantial, heavyweight commercial and chancery practice in line with Chambers specialist areas and regularly appears in the Business and Property Courts dealing with everything from procedural and interim applications, including freezing injunctions, search and seize orders, interim injunctions, strike outs and disclosure issues, to multi-day trials.

Recent and on-going cases include:

Counsel for the Claimant in a 10-day liability trial concerning £680,000 of unpaid invoices and a counterclaim for breach of an alleged overarching master agreement in the sum of £4.8m. The Defendant has been given permission to appeal by the Court of Appeal, inter alia, in relation to whether the agreement was “relational”.

Counsel for the Defendant in a £2m breach of contract claim. The Defendant is a manufacturer of, inter alia, plastic bins, which the Claimant purchased for the residents of Solihull. The Claimant claims that the bins were defective and not supplied in accordance with the contract. The matter was listed for a 5-day trial in December 2021 but has been adjourned to 2022 with the new listing awaited.

Junior Counsel for the First Defendant, the son of the former president of Angola and former chairman of the sovereign wealth fund, in a $3bn civil fraud claim brought by the State of Angola. The Claimant had obtained a without notice freezing injunction, which was subsequently discharged as a result of failures in giving full and frank disclosure, and it was later held that the Courts of England and Wales did not have jurisdiction.

Junior Counsel for two of the Defendants in a $500m civil fraud claim brought by the State of Angola. The Claimant obtained a worldwide freezing injunction and proprietary injunction, which was subsequently continued following a contested hearing.

Counsel for the Claimant in a claim brought pursuant to section 25 of the Civil Jurisdiction and Judgment Act 1982, in respect of proceedings brought in Scotland in the Court of Session seeking a freezing order over accounts which the Defendant, it was alleged, had fraudulently credited with monies belonging to the Claimant.

Counsel for the Claimant in two consolidated claims for breach of contract in relation to the supply of fuel to petrol stations pursuant to a “Retail Supply Agreement” and defended on the basis of, inter alia, frustration and economic duress.

Counsel for the Defendant in an application for an injunction to compel the supplier to reinstate its supply of goods and services agreement for a period of six to nine months. The nature and extent of the contract was in dispute and the Claimant accepted that by the time of trial it would not be seeking the continuation of the supply contract so that the remedy would be confined to damages. The injunction was refused on the basis that the Court should not compel two parties to continue working together when the relationship had already broken down.

Counsel for the First Defendant in a claim for misuse of confidential information, breach of contract and database right infringement by a former employee, who was subsequently employed by the Second Defendant.

Dodson and another v Shield and 7 others (on-going)

Counsel for the Respondents in an unfair prejudice petition where it is alleged that the Respondents diverted a multi-million pound business opportunity into another company in which the Petitioners were not members.

Counsel for the Respondents in a £5m derivative claim where it is alleged that the Respondents, as the directors and 51% shareholders, have breached their fiduciary duties by diverting money and opportunities to other companies in which they are shareholders and the Claimants are not involved.

Counsel for the Petitioner in an unfair prejudice petition, in which it was alleged that the Respondent, the Petitioner’s sister, had unlawfully forfeited the Petitioner’s shares pursuant to the exercise of a lien as a result of an alleged outstanding directors’ loan account.

Counsel for the Claimant, a plastic surgeon and pioneer of the “Brazilian butt lift”, in a libel claim against a social media ‘influencer’ in relation to various Instagram posts.

Instructed on behalf of joint liquidators to advise in relation to a proposed claim against a premier league football club following the onward sale of a footballer formerly registered with the company in liquidation.