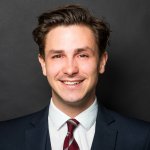 He regularly appears as sole counsel in the High Court and County Court, and is frequently instructed as a junior on complex and high value disputes. Alongside a substantial domestic caseload, many of James’s cases involve working with lawyers and clients from other jurisdictions, and on matters involving international and conflict of laws elements.

James has twice been seconded from chambers for three months: first to the litigation team at Walkers (Guernsey) LLP, during which he worked on a wide range of commercial, civil fraud, and contentious trusts cases, gaining a detailed familiarity with the jurisdiction; and second to the private wealth disputes team at Mishcon de Reya LLP, during which he handled a varied caseload of trusts, probate and succession litigation.

Examples of James’s recent work include:

Further details of James’s experience are set out below.

Pleading dishonesty: how much is enough? Sofer v Swissindependent Trustees SA [2020] EWCA Civ 69916 July 2020
Turbulence in the aviation sector – an update from the aviation team at XXIV Old Buildings2 April 2020
Persons to be notified of proceedings in the Court of Protection: M v P [2019] EWCOP 4230 March 2020