The doctrine of secret trusts is an example of one of those by-ways of English equity jurisprudence that throws up a factually interesting case from time to time.

There are three requirements for a secret trust: (1) intention to create the trust; (2) communication of the trust to the trustee (which is subject to slightly different rules on timing depending on whether the trust is half-secret or fully secret) and (3) acceptance of the trust by the trustee.

It is possible for secret and half secret trusts to be created with reasonable formality – with the trusts properly set out in writing in some, private, document outside (or dehors in the old language found in some cases) the will.  A recent example of this was the estate of the painter Lucian Freud: Re Freud [2014] EWHC 2577 in which the claimant executors who were beneficially entitled to the whole residuary estate on the face of the will made clear that they had received the estate subject to a fully secret trust.

Inevitably, however, secret trusts often arise, or are alleged to arise, where the terms of the trust have not been committed to writing in full or at all.  A secret trust need not be set out in writing: Ottaway v Norman [1972] Ch 698.  And where the trust alleged has been created informally, a central issue for the Court will often be whether the testator actually intended to create a trust at all.

In Titcombe v Ison (ChD, 28th January 2021), unreported, the Court had to consider whether a valuable collection of jewellery was subject to a secret trust.  The jewellery had belonged to one Ms Richards.  She had no children and, on her death, left her whole estate to her friend, Mr Ison.  Her niece, Mrs Titcombe, brought a claim for jewellery on the basis that Mr Ison had agreed with Ms Richards that, after her death, he would give the jewellery to the claimant.  She claimed that as a result Mr Ison now held the jewellery on a bare (secret) trust for her.

Like any other trust a secret trust must satisfy the three certainties: intention, subject matter, and objects.  In Titcombe v Ison the key issue was whether Ms Richards had intended to create a trust.

Mr Ison did not dispute that Ms Richards had had some wishes and intentions regarding the jewellery – including that some be given to the claimant and that he had agreed and wished to respect her wishes.  But he denied that she had intended to create a bare trust in the claimant’s favour.

Deputy Master Rhys was assisted in deciding this point by the comments in two cases.

First in Kasperbauer v Griffiths [2000] WTLR 333 the Court of Appeal had summarised the law in this area and pointed out that the question was whether the testator intended a trust or ‘a mere moral or family obligation.’

Second, the older case of McCormick v Grogan (1867) I LR Eq 313, (1869) LR App 82 which was a decision of the Irish Court of Appeal upheld by the House of Lords.  In that case the Court was dealing with a trust allegedly created by a letter giving directions regarding the testator’s property in which the testator had requested that his friend deal with the property as the testator would have done had he been alive.  The Court asked whether the testator could have intended the wishes expressed in the letter to be the subject of a legal sanction if not followed.

Deputy Master Rhys adopted this approach.  He directed himself ‘In determining a claim to a secret trust, therefore, the court must determine whether the wishes of the testator were intended to create a trust, or simply “a mere moral or family obligation?”  In reaching that decision, it is necessary to ascertain what sanction the testator intended for compliance with his wishes.  If the intended sanction was the authority of the court, a trust is created.  If the matter was left simply to the conscience of the donee, then there is no trust but a moral obligation.’

In Titcombe v Ison there was no doubt that the testator had expressed informal wishes regarding her jewellery.  But the manner in which those wishes had been expressed and the fact that Ms Richards wishes were not (as the Court found) for the Claimant to be the sole recipient of her jewellery, led to the conclusion that the answer to the question ‘had Mrs Richards intended her wishes to be sanctioned by the authority of the court?’ was: no.  Accordingly no trust was created. 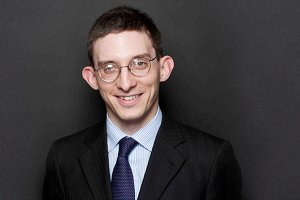