A short judgment handed down on 8 April 2020 by His Honour Judge Jarman QC is a useful example of the approach the Court will take when considering permission to bring charity proceedings under section 115(5) of the Charities Act 2011. In particular, HHJ Jarman QC’s conclusion took account of the impact of the COVID-19 restrictions on the charity.

Background: the law on charity proceedings

Proceedings about the internal administration or operation of the charity (as opposed to proceedings involving charities) are “charity proceedings” under the Charities Act 2011 section 115.

The purpose behind the permission requirement is, as stated by Mummery LJ in Muman v Nagasena [2000] 1 WLR 299, “to prevent charities from frittering away money subject to charitable trusts in pursuing litigation relating to internal disputes.”

The procedure for the permission application is found at CPR 64.6 (although this still refers to the Charities Act 1993) and 64APD.9. Brief guidance is also found in the Chancery Guide at 29.21 and 29.22.

The application is not an appeal against the decision of the Charity Commissioners, but the exercise of an original jurisdiction by the Court. The claim must be “real” as opposed to fanciful. Further the Court “must ultimately be satisfied that the commencement of litigation is the least unsatisfactory course having regard to the interests of the charity as a whole.” (Garcha v Charity Commission [2014] EWHC 2754, paragraph 12, Norris J.)

Those were the principles the Court applied in Hussain v Chowdhury [2020] EWHC 790 (Ch).

The Charity Commission found various breaches of the Charities Act relating to the Second Defendant’s rights over the building and recommended:

The Charity Commission also refused to grant permission to the Claimants to bring charity proceedings until mediation had occurred. Attempts to resolve the dispute at a community level were not successful.

The Claimants sought permission from the High Court.

HHJ Jarman QC determined that the claim should be stayed until 15 July 2020 to enable mediation with a professional mediator to take place. The extent to which the parties sought to make that mediation successful would be a factor the court would take into account at the adjourned hearing for permission.

In coming to that conclusion, the Court considered that litigation was not presently the best course in the interests of the charity. In particular, the charity was in a poor financial position. Importantly for those considering bringing proceedings in the current pandemic, he concluded that that position was compounded by the closure of the charity’s premises by the COVID-19 restrictions. In those circumstances, the Court concluded that litigation was likely to make matters even worse.

As the COVID-19 restrictions continue to adversely impact charities’ finances, the cost of litigation is increasingly likely to mean that litigation is not the best course in the interests of the charity. Opposing parties in charity disputes should therefore consider and use alternative dispute resolution methods.  Applicants for permission are likely to need to satisfy the Court why ADR is not an appropriate alternative to litigation. 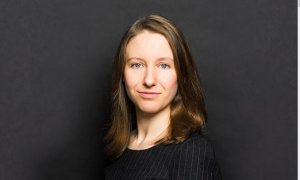