Enforcing Oral Wills in the BVI

The Eastern Caribbean Court of Appeal handed down an important judgment on Wednesday 23 March 2022 in the case of Al-Thani v Al Thani whose effect is to permit the enforcement of foreign oral wills in the BVI.

The case involved the estate of a member of the Qatari royal family, Sheikh Saoud Mohammed Al Thani, who passed away in 2014 domiciled in Qatar.  After his death, an entry was discovered in a Sharia Court register in Qatar, signed by a judge and issued by the registry on 11 June 1990, that recorded the Deceased’s oral wishes as to the disposition of his worldwide estate. Such an entry is treated as a valid Will under Qatari law.  By that Will, be bequeathed 20% of moveable and immovable estate to the Respondents.

The Appellants, who are the Deceased’s widow and daughter, brought proceedings in Qatar on 25 June 2015 against the Respondents challenging the validity of the Will.  The Deceased’s estate comprised shares in BVI companies so the Appellants obtained letters of administration of his BVI estate on 7 October 2015 but without disclosing the Will.

In 2018, the Qatari Court of Appeal upheld the validity of the Will.  In 2019, the Respondents brought proceedings in the BVI for revocation of the letters of administration, and for probate of the Will.  The Appellants’ defence was that the Will was invalid under BVI law.

Following a trial of a preliminary issue, Ellis J held that (i) the judgment of the Qatari Court of Appeal, in decreeing the Will as valid and enforceable, was also conclusive was to the validity and enforceability of the Will in the BVI for the disposal of the Deceased’s moveable property located in the BVI, and (ii) the Appellants were estopped by that judgment from contending that the Will was not valid or enforceable in the BVI.  Her judgment contains an interesting discussion of the long-standing principle derived from English common law that if the courts of the deceased’s domicile have already pronounced on the right of succession to his movables, the BVI and English courts would follow and give effect to such pronouncements.

She also held that shares in a BVI company were movable property and were not rendered immovable property by virtue of s.245 of the BVI Business Companies Act 2004 (BCA).

The Court of Appeal upheld Ellis J’s judgment and the following points may be noted:

The upshot of these determinations is that a foreign oral will that is found to be valid under the law of the deceased’s domicile would be valid and enforceable in the BVI for the purposes of succession of the deceased’s movable property in the BVI, including registered shares in a BVI company. 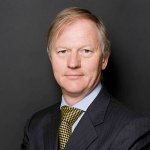 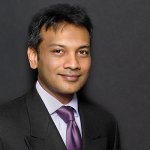 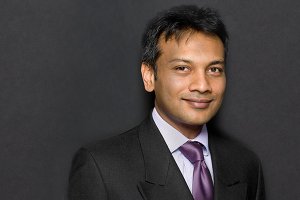