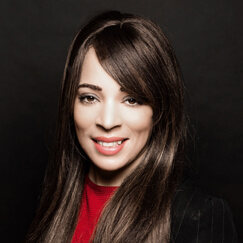 Kira has a commercial chancery practice with an emphasis on civil fraud, insolvency, company and commercial litigation.  In addition, Kira has over ten years’ experience of both onshore and offshore contentious trusts matters which she combines with her commercial chancery expertise.

Kira is an experienced advocate who frequently appears in the High Court and has experience of both trial and appellate advocacy.​ Kira has appeared in all levels of court including the Supreme Court (with a leader).

Kira is particularly experienced in applications for pre-emptive and interim relief and both as a sole advocate and led has successfully obtained and responded to high value freezing orders both within the jurisdiction and offshore.

Kira also has substantial offshore experience having been called to Bar of the Eastern Caribbean Supreme Court (BVI) and the Gibraltar Bar (on an ad-hoc basis) and has been instructed on cases in the Cayman Islands, Dubai, Gibraltar, Guernsey, Jersey and the BVI.

Kira is the Chair of Junior COMBAR and a committee member of ConTrA (Contentious Trusts Associates).

Prior to coming to the Bar, Kira trained and qualified as a solicitor at Baker & McKenzie LLP, where she gained experience in contentious trusts, international fraud and general commercial litigation. Kira subsequently worked for Eversheds LLP where she specialised in trusts and pensions litigation and the offshore law firm Forbes Hare in the British Virgin Islands where she specialised in insolvency, civil fraud and distressed investment fund litigation.  Her experience included being instructed on the restitutionary claims brought by the liquidators of Fairfield Sentry Limited, the largest of the feeder funds into Bernard L. Madoff Investment Securities LLC.