The High Court has handed down its much anticipated costs judgment in Aeroflot v Berezovsky and ors [2018] EWHC 1735 (Ch).

The case has been widely reported in the media, with articles appearing in The Times, The Guardian, and The Daily Mail, as well as Haaretz.

This decision arises following the collapse of Aeroflot’s fraud claim against Mr Nikolay Glushkov and corporate defendants known as the Forus companies on the afternoon of the last working day before the start of opening submissions at a 6 week trial that was due to be heard in the Chancery Division.

Since 2010, Aeroflot (the Russian state airline) had vigorously prosecuted allegations of fraud, conspiracy, and dishonesty against Mr Glushkov (its former First Deputy Director General) and the Forus companies.

From the end of 2014 onwards, Mr Glushkov had been forced to defend himself as a litigant in person as he could no longer afford to pay lawyers to represent him.  Mr Glushkov also suffered from severe health problems while he sought to clear his name.

On 12 March 2018, a few weeks before the trial was due to commence and on the same day as an important interlocutory hearing at which Aeroflot unsuccessfully applied to adjourn the trial, Mr Glushkov was found dead at his home by his daughter and civil partner.  Mr Glushkov’s death is the subject of an on-going murder investigation.

Without any explanation or apology, Aeroflot applied for permission to discontinue the whole of its claim against Mr Glushkov’s estate and the Forus companies on the eve of trial.

The court’s judgment determines that Aeroflot must pay the costs of the defendants, to be assessed on the indemnity basis.

In her judgment, Mrs Justice Rose noted the defendants’ submission that “Aeroflot’s game, or the game of the Russian state acting through Aeroflot, was essentially to use civil proceedings as an instrument of political oppression” before going on to find that the “inevitable inference” to be drawn from Aeroflot’s decision to discontinue its claims was that “Aeroflot and its advisers realised that their case was doomed to fail in its entirety”.

In determining that Aeroflot’s conduct was “out of the norm” so as to justify an award of indemnity costs, Mrs Justice Rose found that on at least three significant occasions during the course of the proceedings the court had been “misled” as a result of the provision of “incorrect information” by Aeroflot “where all the mistakes were as to material facts being placed before the court and all served to enhance the likelihood of Aeroflot obtaining the relief that it was seeking”.

Mrs Justice Rose also castigated Aeroflot and its legal team for their “shameful” and “shocking” treatment of Mr Glushkov’s family after his death, noting that one particularly aggressive letter containing “many intrusive and hectoring questions” demonstrated that Aeroflot and its legal representatives had lost “sight of any basic standard of decent and compassionate behaviour”.  Mrs Justice Rose also noted that the distress of Mr Glushkov’s family had been “compounded by the knowledge that for many years during which Mr Glushkov’s health was deteriorating, Mr Glushkov had struggled to defend himself against what he saw as a politically motivated campaign of persecution by Aeroflot and the Russian state”.

Mrs Justice Rose has ordered Aeroflot to make payments on account totalling in excess of £3.6 million to Mr Glushkov’s estate and to the Forus companies. 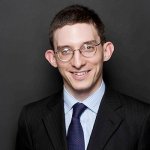