Winding up an insolvent trust: An analogy with corporate insolvency law principles In re the ZII Trust and the ZIII Trust [2020] JRC 072

Home > News > Winding up an insolvent trust: An analogy with corporate insolvency law principles In re the ZII Trust and the ZIII Trust [2020] JRC 072

In its latest judgment on the ongoing litigation concerning the administration of two “insolvent” trusts, the ZII Trust and the ZIII Trust (together, the “Trusts”), the Royal Court of Jersey has for the first time directed that a trustee delegate its powers in order to enable an independent insolvency practitioner (“IIP”) to carry out part of the winding up process. In so doing, the Royal Court considered both trust and corporate insolvency legal principles, as well as the more practical considerations of costs, efficiency in the determination of creditors claims, and allocation of tasks if the winding up is being carried out in part by both a trustee and an IIP.

The complex history of the administration of the “insolvent” Trusts has spanned well over 5 years, culminating in multiple judgments by the Royal Court and the Jersey Court of Appeal: see (amongst many others) In re the ZIII Trust [2019] JRC 069 (the “Insolvency Procedure Judgment”); and In re Z Trusts [2019] JCA 106 (the “Appeal Judgment”). In the Appeal Judgment, the Court of Appeal held that the original trustee’s (“Equity Trust”) lien takes priority over any successor trustee and a trust’s beneficiaries, even where the trust is “insolvent”. That decision is currently on appeal to the Privy Council.

Meanwhile, the administration of the “insolvent” Trusts has continued to generate litigation before the Royal Court.

The use of the term “insolvent” is, of course, a technical misnomer as it is well-established that since a trust is not a legal entity, it cannot itself become insolvent. Nevertheless, for the purposes of this article, this term is used as a shorthand to describe the situation where a trustee cannot meet the liabilities incurred in that capacity out of the trust assets as they fall due.

Two other points should also be noted with respect to the ZIII Trust:

In an earlier judgment, the Royal Court had already strongly indicated that in light of the potential claim against Zedra, which would need to be investigated as part of the winding up process, Zedra ought to retire in favour of a new trustee; see [2020] JRC 044 at [23].

The issues for the Royal Court

The key inter-related issues for the Royal Court to consider now were:

Equity Trust opposed GTC being appointed as trustee of the ZIII Trust and argued that an IIP ought to be appointed to deal with and determine the claims of the Trusts’ creditors. Driving Equity Trust’s opposition were its concerns that: (i) GTC would be conflicted in the circumstances; and (ii) GTC was purportedly under the influence of Mr E.

On the other hand, GTC argued that notwithstanding the conflict it ought to be appointed as trustee of the ZIII Trust and conduct the winding up of the Trusts without the appointment of an IIP. However, GTC also proposed that where there was a conflict of interest any dispute could be referred directly to the Royal Court with GTC remaining neutral in such proceedings. In so doing, it relied on corporate insolvency principles with respect to the appointment and conduct of liquidators derived from other jurisdictions, in particular:

GTC further contended that as a practical matter it would be appropriate for it to be appointed as trustee of the ZIII Trust given its background knowledge as a consequence of its trusteeship of the ZII Trust, and that it had a track record of bringing proceedings successfully against a former trustee of the ZII Trust. It further argued that the appointment of an IIP would be wasteful in terms of costs when there was a supposedly high likelihood that any decision made would be challenged in court.

The decision of the Royal Court represents a sound compromise of the competing parties’ interests and the practical issues at stake. On the one hand, the Royal Court accepted GTC’s submission that it ought to be appointed as trustee of the ZIII Trust in order to ensure a timely investigation of a potential claim against Zedra in respect of the acquisition of Company 1. In so doing, the Royal Court noted at [17]-[18], [26]:

However, on the other hand, given the extent of the conflict that GTC would face as trustee of the Trusts, and the fact that GTC plainly did have a relationship with Mr E, the Royal Court considered that an IIP ought to be appointed for the purpose of determining the creditors’ claims (at [18]-[19]). The Royal Court was further reinforced in its view given that (at [19]-[21]):

The Royal Court also considered that “[b]y analogy with the liquidation of a company and following the case of Parmalat appointing one IIP to both trusts avoids the expense of having different IIPs for each trust and any conflicts that might arise (and none have been suggested) can be dealt with by the Court” (at [19]).

The final point to note is how the Royal Court considered that the IIP ought to be appointed. Although the Royal Court accepted that its role was to supervise a trustee in the administration of an “insolvent” trust (In re Z Trusts [2015] JRC 214 at [26]), there was no authority to suggest that the Court itself could appoint an IIP (at [23]). On this point, it ought to be noted, although not referred to in the Royal Court’s judgment, that the editors of Lewin on Trusts (20th edn. at §§27:094-95), take the view that a court may not appoint a liquidator or such similar IIP to wind up a trust. However, the Royal Court found a solution by holding in respect of these Trusts that since the Court may, in its supervisory role, give directions to a trustee, it could direct GTC to exercise its powers of delegation to appoint an IIP.

This decision is a useful illustration of the application of both trust and corporate insolvency law principles to the winding up of a trust. The Royal Court’s use of its supervisory jurisdiction to give directions to a trustee to delegate its powers to an IIP to carry out part of the winding up process can be regarded as a particularly practical solution to the commonly understood bar to the jurisdiction of the court to directly appoint a liquidator.

The decision to appoint GTC as trustee of the ZIII Trust, but at the same time appoint an IIP for the purpose of determining the claims of creditors, also represents a sound approach to issues concerning conflicts of interest, costs and efficient management of the winding up process. It highlights the court’s preference for pragmatic solutions in order to strike a balance between the differing interests of creditors. 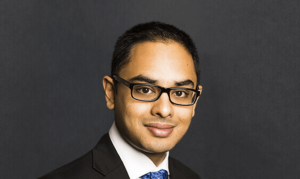