Victory in Supreme Court for the Executors in Routier v HMRC

“Gifts to charities” cannot only mean gifts to UK charities

The case concerned a testamentary gift of property by Mrs. Coulter, a Jersey domiciled and Jersey resident individual on trust for purposes which were agreed to be exclusively charitable under English law. The estate included assets situated in the UK, hence a liability to inheritance  tax would arise subject to the applicability of the relief contained in s.23 of the Inheritance Tax Act 1984 (IHTA) for ‘gifts to charities’. HMRC took the view that the relief did not apply, because the proper law of trust specified in Mrs. Coulter’s will was the law of Jersey, and not the law of any part of the UK. The Executors appealed HMRC’s determination to that effect, but were unsuccessful in both the High Court and the Court of Appeal.

On 2 April 2019, during the course of the first day of the hearing of the Executors’ appeal before the Supreme Court, the Supreme Court ruled that Jersey was a Third Country for the purposes of Article 56 of the Treaty Establishing the European Union (now Article 63 of the Treaty on the Functioning of the European Union), upholding the decision of the Court of Appeal on this issue.

It has now handed down its decision in Routier and another v HMRC [2019] UKSC 43. The Supreme Court has decided that, at the relevant time, the relief from inheritance tax for “gifts to charities” contained in s.23 IHTA could not be confined to gifts to UK charities. It found that the judicial gloss on the word “charity” applied by the House of Lord in Camille & Henry Dreyfus Foundation Inc v Inland Revenue [1956] AC 39 was not compatible with Article 56 and that it should be disapplied. It did not therefore need to decide whether the Dreyfus gloss extended to both limbs of s.23(6) IHTA.

This is an important decision. It confirms that for as long as it is still applicable, effect must be given to EU law in priority to inconsistent national law, whether judicial or legislative in origin. In overruling the approach adopted by the Court of Appeal on this issue, the Supreme Court has made clear that there are limits to what a court can do when purporting to apply a conforming construction of the words actually adopted by Parliament.

Alan Steinfeld QC appeared for the Executors in the Supreme Court, leading Marika Lemos, and was instructed by Irwin Mitchell. 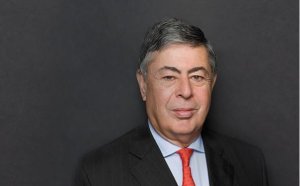