The DIFC Court of Appeal handed down judgment on costs in the case of Vegie Bar LLC v Emirates on 17 March 2021, bringing to an end lengthy proceedings, which began in March 2016 and took in 3 trips to the Court of Appeal. Both the Court of Appeal’s decision on the substantive appeal of 15 October 2020 and its costs judgment are of interest: as the leading case on the application of DIFC property law and an important decision on non-party costs orders against directors.

In 2010, Vegie Bar agreed a 10 year lease over two units in Limestone House (the “Units”) with its former owners, Union Properties (“UP”) (the “Lease”). The Lease permitted and required Vegie Bar to operate the Units as a bar and restaurant. Some three weeks after agreeing the amended Lease, UP agreed the terms of the Strata Management Statement (the “SMS”)[1] for Limestone House and the Ritz Carlton Hotel with the owner of the hotel. The terms of the SMS prohibited the use of retail units in Limestone House as bars and restaurants. The SMS was filed with the Real Property Registrar later that year, but was not registered until later.

In January 2012, Emirates purchased UP’s units in Limestone House. The Units were sold by means of two individual sale and purchase agreements.

After the sale, on 15 March 2012, UP and Vegie Bar agreed that the commencement date of the Lease would be ‘adjusted and revised towards a new date once progress of occupancy of the commercial units in Limestone House was achieved’.

The freehold of UP’s units in Limestone House was transferred to Emirates on 29 March 2012.

On 28 May 2012, Vegie Bar filed a lease registration form with the Registrar of Real Property. The form was signed by an employee of Emirates. As no strata title plan had yet been registered for Limestone House, no folios could be created for the Units. The Registrar however kept certain information about lots on a spreadsheet. As part of that practice, the Lease was recorded on the Registrar’s spreadsheet, a process which he subsequently described as ‘provisional registration’.

The strata plan for Limestone House was registered on 16 January 2014, after which point folios were created for the Units. The Units were not recorded as subject to the Lease.

In March 2016, Emirates agreed to sell the Units to another party, together with the other parts of Limestone House. The transfer took place at the end of March 2016. At about the same time, Vegie Bar commenced proceedings against Emirates, seeking specific performance of the Lease and damages for its breach. Vegie Bar did not pursue any claims against UP.

The proceedings had a long history. On 6 March 2017, after a dispute about security for costs [2016] DIFC CA 013 (25 January 2018), the Court of Appeal ordered Emirates to give early “English-style” disclosure of all documents relevant to the case. Exceptionally, this included documents which might adversely affect Emirates’ case. Vegie Bar subsequently applied to amend its case and sought further disclosure orders and immediate judgment on its claims. Emirates resisted the applications and cross-applied for immediate judgment.

Vegie Bar’s case was that the burden of the Lease had been transferred to Emirates when it purchased the Units in one of three ways: by assignment; by registration in May 2012; in equity and / or by estoppel. Emirates denied that it had ever been bound by the lease. Alternatively, its position was that the Lease was void for illegality, being contrary to the terms of the SMS, or was void for uncertainty, as a result of the amendment in March 2012.

The Court of First Instance rejected Vegie Bar’s case and granted immediate judgment to Emirates. Vegie Bar appealed and Emirates cross-appealed to uphold the order for immediate judgment on the basis of an additional reason, namely that it was not possible for the Lease to be registered prior to 16 January 2014 because, prior to that date, the Units did not legally exist.

The Court of Appeal (Chief Justice Zaki Azmi, Justice Roger Giles and H.E. Justice Ali Al Madhani) dismissed Vegie Bar’s appeal on the basis that its case had no real prospect of success.

The decision highlights the differences between English and DIFC real property law. As emphasised by Chief Justice Zaki Azmi at [2]:

The allegation that there was an assignment of the Lease was rejected. VB has asserted the existence of an umbrella agreement by which all existing leases have been transferred from UP to Emirates. The Court found that the evidence was “overwhelming” that there had been no such agreement.

Accordingly, Vegie Bar’s interest could only bind Emirates as registered owner if:

In this regard, all of Vegie Bar’s pleaded causes of action were based solely on the claim that Emirates knew about the Lease when it purchased the Units. That assertion was disputed. However, even if made out, knowledge of a prior interest alone could not result in an incoming owner being bound under the Torrens system, since it did not amount to fraud (Article 30(4) of the RP Law) and could not give rise to an equitable obligation (see [43], [57]-[61]).

In submissions, Vegie Bar also attempted to show that the Lease had been registered on 28 May 2012, by being entered onto the Registrar’s spreadsheet. However, the Court confirmed (at [56]) that the Lease could not have been registered until after 16 January 2014 and, in any event, this was after the date recorded in the Register as the date of registration of the transfer of ownership of the Units.

Separately, the Court of Appeal noted that the order for immediate judgment should be upheld for the independent reason that the Lease was invalid for uncertainty as a result of the 2012 amendment which provided ‘no objective standard, not even the concept of a reasonable time, to resolve the uncertainty’ (see [74]-[76]). This case therefore provides a rare example of a Court finding that a contract is void for uncertainty.

It was common ground that Vegie Bar was impecunious since it had never traded. The entirety of the proceedings had therefore been funded by one of its directors and shareholders – Mr Alkalajleh.

After the appeal decision, Emirates applied for orders for indemnity costs and that Mr Alkalajleh be personally liable to pay the costs of the appeal and the proceedings below. The Court granted those orders. In doing so, the Court stated:

The Court’s decision contains a useful summary and analysis of the relevant principles on applications for non-party costs orders. It is also of interest in demonstrating that the Court will engage in a detailed analysis of pleadings and, in an appropriate case, evidence when determining an application for immediate judgment. The limits of its appetite for such analysis having perhaps been set in Hexagon Holdings v DIFCA [2020] DIFC CA 003 (10 January 2021).

[1] The SMS is a set of rules that outlines how the property can be used. 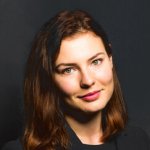 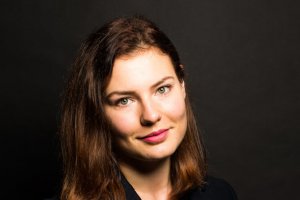