In its recent decision in DIFC Investments Ltd v Dubai Islamic Bank [2020] DIFC CFI 016 (25 March 2020), the DIFC Court restated and affirmed the long-standing common law approach to the enforcement of bonds, guarantees and other similar documentary credits issued by banks. It also extended those principles to require payment under such documents, even in the face of a Dubai Court attachment. It gives welcome guidance to practitioners dealing with such claims in Dubai’s unique jurisdictional context.

The defendant, an onshore Dubai bank, issued an on-demand performance guarantee in the sum of AED77.9m (c.$21m) in favour of the claimant. The guarantee was governed by DIFC law and contained a non-exclusive jurisdiction agreement in favour of the DIFC Courts. The claimant’s contractor had procured the guarantee as security for its obligations under a construction contract in relation to the development of Gate Avenue. The construction contract was governed by DIFC law and contained an arbitration agreement mandating a DIFC-LCIA arbitration with a DIFC seat.

On 25 March 2020, H.E. Justice Shamlan Al Sawalehi entered judgment for the claimant on an urgent basis and gave his reasons later on 4 May 2020. The Judge endorsed the common law analysis that performance bonds and documentary credits have a status “equivalent to cash” and are the “lifeblood of international commerce”. Aligning itself with other major common law commercial centres such as England, Australia and Hong Kong, the DIFC Court held it will enforce obligations under these banking instruments save in clear cases of fraud of which the bank has notice

The existence of an onshore attachment afforded the bank no defence. At common law, injunctions restraining banks from paying under performance bonds afford no defence to a claim where such injunctions are issued by foreign courts applying a law other than the law of the contract: Power Curber International Ltd v National Bank of Kuwait SAK [1981] 1 WLR 1233 (CA) and National Infrastructure Development Company Ltd v Banco Santander SA [2018] 1 All ER (Comm) 156. The DIFC Court took the same approach.

It made no difference that the bank asserted that payment would be illegal in onshore Dubai. In Tamil Nadu Electricity Board v St-CMS Electric Private Ltd [2008] 1 Lloyd’s Rep 93, Cooke J (now Justice Sir Jeremy Cooke of the DIFC Courts) held that a party, wherever it was located, could not refuse to perform on the ground that performance was illegal under a law other than the law of the place where the contract stipulated the obligor must perform. The Judge adopted that analysis in the DIFC. As DIFC law governed the guarantee, by Article 69(1)(a) of the DIFC Contract Law, the bank was required to perform in the DIFC. It could not refuse to perform on the grounds that performance might be unlawful in onshore Dubai.

Like the DIFC Court’s earlier decision in Amira C Foods International DMCC v IDBI Bank Limited [2018] DIFC CFI 027 (16 May 2018), the decision in DIFC Investments shows the DIFC Court’s continued policy is to rigorously enforce performance bonds and equivalent instruments. Determining the claim swiftly just 35 working days after issue not only reflects well on the Court’s procedures and staff, but recognises the commercial significance of promptly enforcing these obligations and helps to reinforce the DIFC’s reputation as an effective international commercial centre.

This decision shows a welcome willingness to afford little weight to orders from the onshore courts made in excess of jurisdiction which threaten to impede the parties’ clear contractual arrangements. Parallels can be drawn with the Court’s earlier judgment in YYY v ZZZ [2017] DIFC ARB 005 (17 Nov 2019) where it refused to give effect to onshore orders inconsistent with the parties’ arbitration agreement and the UAE’s obligations under the New York Convention. Such an attitude will no doubt be welcome amongst commercial parties desiring certainty that their contracts will be upheld and demonstrates the clear benefits of contracting under DIFC law and jurisdiction. 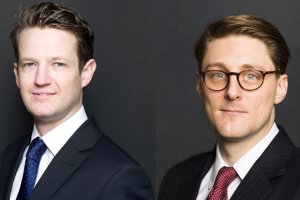