The “Golden Rule”? Or more of a “golden thread”?

Two recent cases have re-emphasized that the so-called Golden Rule, while important, does not automatically lead to a finding that a will is invalid for want of capacity, especially where the circumstances of the making of the will in question can explain why the Golden Rule was not followed.

The Golden Rule is simple. The making of a will by an old and infirm testator ought to be witnessed by a medical practitioner who satisfies him/herself as to the capacity and understanding of the testator and makes a record of his/her examination and findings. That rule was laid down by Templeman J in Re Simpson (deceased) (1977) 121 SJ 224, and has been reiterated many times since.

“[c]ompliance with the golden rule does not, of course, operate as a touchstone of the validity of a will, nor does non-compliance demonstrate its invalidity. Its purpose, as has repeatedly been emphasised, is to assist in the avoidance of disputes, or at least in the minimisation of their scope.”

The first six months of 2020 have thrown up two cases which show that failure to follow the Golden Rule is no bar to the court finding that the testator nonetheless had capacity; and may not be of relevance even where the deceased lacked capacity.

Ironically, the first case involved the testamentary capacity of Lord Templeman, who himself laid down the Golden Rule in 1977.

Lord Templeman made a will in 2008 leaving his house to the stepdaughters of his second wife. At the time he made the will, Lord Templeman was already suffering from the early effects of Alzheimer’s disease. The question was whether he was suffering sufficiently seriously to affect his testamentary capacity.

The will itself was drawn up by a solicitor. Against the validity of the will it was argued that the Golden Rule was not followed; and, further, that the fact that Lord Templeman himself did not suggest that a medical practitioner follow the Golden Rule was evidence of his mental deterioration.

Fancourt J held that the solicitor who drafted the will, an experienced private client practitioner, dismissed the need to follow the Golden Rule because Lord Templeman was cogent and the will was rational. He also held that Lord Templeman’s failure to suggest that the Golden Rule be followed was to be attributed either to the fact that good advisers do not always follow their own advice, or to an understandable unwillingness to accept his own memory problems. Neither led to the inference that he was incapable of making his will.

Following a careful examination of the facts, and notwithstanding Lord Templeman’s and his solicitor’s failure to follow his own Golden Rule, the court ruled in favour of the 2008 will.

The court concluded that the deceased had been suffering from irrational delusions in respect of her daughter, having come falsely to believe that the daughter had made up allegations of sexual abuse against her father, and falsely to believe that her daughter had committed numerous thefts. Further, the deceased had been suffering from an affective grief disorder following the death of another daughter. Accordingly, the propounder of the wills could not show that she had testamentary capacity at the relevant times, and so the wills were set aside.

Strikingly, the failure to follow the Golden Rule played no part in that analysis. On the contrary, the court held that the failure by the will-writing solicitors to follow the Golden Rule was explicable in light of the apparently rational reasons the deceased gave for cutting her daughter out, and in light of the deceased’s strong and forthright character.

These cases show that real care should be taken before leaping to any conclusion as to testamentary capacity based solely on failure to follow the Golden Rule. That failure notwithstanding, the court will still always carefully analyse the facts surrounding the making of a will in order to ascertain the testator’s capacity. Following the Golden Rule will be of great assistance in showing that there was capacity; but a failure to follow the Golden Rule does not lead to a finding of incapacity, even, as in Clitheroe v Bond, where the deceased was in fact incapacitous. Thus, the Golden Rule is more of a golden thread running through the cases, helping the court find its way to the correct answer in each instance, but by no means tying its wrists. 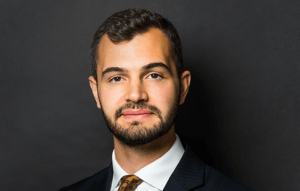