In early October Stephen appeared before the Privy Council on appeal from the Court of Appeal in Gibraltar.  He had succeeded at first instance in relation to a dishonest assistance claim against a bank, but the decision was overturned on appeal because of flaws in the judge’s factual analysis and reasoning.

Contrary to its earlier decision in an almost identical case, the Court of Appeal refused to grant a retrial.  The Privy Council was asked to consider the circumstances in which a retrial will be ordered, on which there is no clear authority, and whether one should have been ordered in this case.

The facts of the case outlined by the Privy Council are as follows: The appellants’ former solicitors stole approximately £6.9m plus interest from the appellants’ client accounts with RBS. The appellants sued RBS for dishonest assistance in the theft and knowing receipt of some of the money. The trial involved allegations of dishonesty against seven named employees of RBS. On 10 August 2017 the Judge upheld the allegations against one of the seven employees, found against RBS on that basis and required it to compensate the appellants. The Court of Appeal allowed RBS’s appeal on the basis that the Judge’s approach to the case and assessment of the evidence was fatally flawed.

For more information and video highlights of Stephens appearance in the Privy Council, please see here. 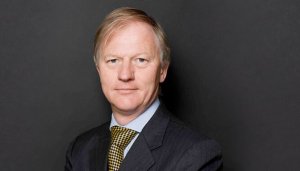