Kea v Watson concerns a defendant’s ability to use frozen funds for legal costs where the claimant disputes the defendant’s ownership of the frozen funds and asserts a ‘quasi-proprietary’ claim to them. Kea v Watson seeks to resolve two conflicting decisions on this point: HMRC v Begum [2010] EWHC 2186 (Ch) (Begum), and JSC BTA Bank v Ablyazov [2015] EWHC 3871 (Comm) (Ablyazov).  Kea v Watson follows Ablyazov, to conclude that there is indeed a category of ‘quasi-proprietary’ injunctions which are sufficiently akin to proprietary injunctions to engage the more restrictive principles that apply where a defendant seeks to have resort to funds frozen by a proprietary injunction to cover legal expenses.

In 2018, Mr Watson was found liable to pay Kea in excess of £40 million following a trial raising claims for fraud.

With the vast majority of the judgment debt still outstanding, Kea managed to locate Mr Gibson (an accountant  who had worked for Mr Watson as his ‘right hand man’) who appeared to have valuable assets including a Hong Kong trust (of which Mr Gibson was the settlor and one of the beneficiaries) under which was held a BVI Company (Ivory Castle). In November 2018, Kea learned that a Guernsey Limited Partnership (Agean) was due to make a substantial cash payment of about £2 million to Ivory Castle (the Agean monies). Kea obtained an injunction to restrain Agean’s payment to Ivory Castle, and in relation to its other assets in the form of a notification injunction, on the basis that the true position was that the assets held by Ivory Castle were held by it for Mr Watson as bare trustee or nominee, or on terms that made them otherwise amenable to execution of Kea’s judgment debt against Mr Watson.

Ivory Castle and Mr Gibson then applied to vary the injunction so as to allow the Aegan monies to be paid out to fund  legal costs in unlimited amounts. This raised the question of which principles applied to their application: the principles which govern proprietary injunctions, so Mr Gibson should be required to spend his own money before spending assets in the name of Ivory Castle, since on Kea’s case Ivory Castle held these assets for Mr Watson and so they should be preserved for Kea; or the ordinary principle in freezing injunction cases.

In a standard non-proprietary freezing injunction case, a defendant is entitled to use frozen assets in order to fund their defence subject to the defendant demonstrating that they do not have other assets to fund the litigation to which they could resort. This is in accordance with the presumption that the money is the defendant’s.

By contrast, the test when it comes to applications to vary proprietary injunctions to fund legal costs is far more onerous since the very basis of the proprietary claim is that the particular asset in question is said to belong to the claimant. The question becomes whether the defendant should be permitted to use funds which may turn out to be the claimant’s. There is a 4-stage approach for the court to work through: see Independent Trustee Services Ltd v GP noble Trustees Ltd [2009] EWHC 161 (Ch) at [6] per Lewison J; and Marino v FM Capital Partners Ltd [2016] EWCA Civ 1301.

(1) Does the Claimant/Respondent have an arguable proprietary claim to the money?

(2) If yes, does the Defendant/Applicant have arguable grounds for denying that claim?

(3) If yes, has the Defendant/Applicant demonstrated that without the release of the funds in issue it cannot effectively defend these proceedings?

None of the above well-established principles were in dispute in Kea v Watson. Rather, the parties disputed how the Defendants’ application to use the frozen funds fell to be analysed and which of these two tests applied.

Counsel for the Defendants relied on Begum to argue that the case fell squarely into the first category of an ordinary non-proprietary freezing injunction. In Begum, HMRC were pursuing a claim against the estate of Mr Uddin (represented by his sister Mr Begum). HMRC obtained a freezing order which froze funds held by a Gibraltar trust of which Mr Uddin had been a beneficiary. All the monies in the Gibraltar trust had come from a company said by HMRC to have been a company that Mr Uddin used to perpetrate a fraud and their case was that Mr Uddin was the real economic settlor of the trust. Although HMRC had initially asserted a proprietary claim to the trust monies, they proceeded to abandon any proprietary claims against the estate and continued to pursue only personal claims.

HMRC submitted that although they no longer claimed that the frozen funds were held on trust, the circumstances were so closely analogous to a proprietary claim that they could be called ‘quasi-proprietary’ (at [52]). David Richards J rejected this submission in clear terms:

“First, whatever their source, HMRC has no proprietary interest in these assets. The use of the term quasi-proprietary seeks to give a flavour which is not present” (at [53])

“… and most importantly, it would distinguish between claimants in this type of case and other claimants in a way which cannot readily be justified. There are many cases in which the funds available to the defendant will be insufficient to meet a judgment and the claimant’s costs … I do not see why those claimants were less deserving of protection than claimants in the present type of case. By drawing a clear line between proprietary and non-proprietary claims the courts have created a principled distinction. There is no proper basis for a further sub-category of the sort for which [counsel for HMRC] contends.” (at [55])

In Ablyazov the claimant Bank had obtained judgment against Mukhtar Ablyazov for some $4.6 billion, the vast majority of which was unsatisfied.  The Court had frozen Mukhtar’s assets including an account with EFG Private Bank in London in the name of his son, Madiyar Ablyazov. The Bank claimed that the monies held in this account were in fact Mukhtar’s. EFG, being on notice of that claim and the freezing order, would not allow Madiyar access to the funds. When Madiyar applied to spend the money in the EFG account for living and legal expenses, Popplewell J preferred the Bank’s submissions that the position was analogous to that in which a claimant arguably has a proprietary interest in a fund which the defendant wishes to deplete pending the determination of the case, and therefore the principles governing the variation of a proprietary injunction applied to Madiyar’s application (at [10]-[11]).

The judgment in Kea v Watson

In Kea v Watson, faced with these two seemingly conflicting authorities (Begum not having been cited to the court in Ablyazov) Nugee J held that:

This decision is an important one for those working in fields of trusts and fraud. It provides helpful clarity on the existence and scope of ‘quasi-proprietary’ claims at the injunction stage; even where such a concept, when pursued to trial, may not be relevant since the court will then be able to decide to what extent any proprietary claim exists. Nugee J rationalises the two existing decisions on this point; and his analysis of the relevant principles for varying proprietary injunctions shows the court’s preference for pragmatic solutions to strike a balance between the parties’ competing interests and to avoid prejudicing either party at an interim stage where it is not known how the case will unfold and whose case will prove correct. 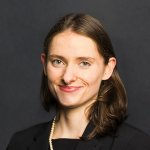 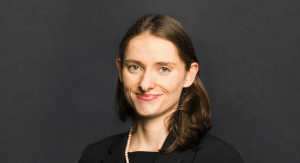