The beneficiaries of an estate are entitled to request the personal representative to provide an inventory and account.  This longstanding right is now contained in s. 25 of the Administration of Estates Act 1925 which provides that, when required to do so by the court, a personal representative must exhibit on oath an inventory of the estate and render an account to the Court of the administration of the estate.  The procedure to obtain such an order is by way of summons under the Non-Contentious Probate Rules 1987 (the “NCPR”).

This useful remedy (and one which personal representative should be aware of) was considered by the High Court in Ali v Taj.  As well as an analysis of the scope and nature of the summons for an inventory and account, the Court also had to deal with a procedural tangle created by the use of relatively new power contained in r. 61(5) of the NCPR, as amended.

The administration of the estate in question had been going on for over 10 years.  The beneficiaries were the deceased’s widow and three of his six children.  The executor was the Deceased’s younger brother.  The estate was worth at least £8 million and may have been worth far more.  The beneficiaries alleged that they had been kept in the dark about the size and nature of the estate.  The executor said that the administration had been held up by an investigation by HMRC and the discovery of significant assets held in offshore companies.

The district judge dealt with the beneficiaries’ summons on paper after a brief correspondence with them.  The result was an order requiring the executor to (1) provide an inventory and account, and (2) pay the beneficiaries’ costs.

This order was made without a hearing, and without the summons being sealed by the court or even served on the executor.  This was done by virtue of r. 61(5) which provides that district judge or registrar may give directions on a summons prior to the listing of the application.

On appeal MacDonald J described this procedure as ‘sub-optimal.’  He noted that the district registrar had power to do what he did, but that it was not clear that those steps had been taken as a result of a reasoned decision rather than procedural confusion. He concluded, however, that since the appeal was a re-hearing, nothing turned on the procedural route by which the order had been made.

The author has experienced instances of district judges and registrars using r. 61(5) in an almost identical manner.  It is certainly surprising for a respondent to receive an order (including a costs order) when none of the usual justifications for an ex parte procedure apply and where the wording of the summons itself contemplates an inter partes hearing.  MacDonald J’s judgment may be a useful tool to deploy in dealing with use by district judges and registrars, whether as requested by the applicant or not, of r. 61(5) in this manner.

On the substantive issue of whether an account should be ordered, this case is a clear reminder that the circumstances in which the Court will not order an account are very limited.  In particular, difficulty in obtaining or providing information, or ongoing uncertainty about the size and composition of the estate, or practical difficulties in general will not prevent an account being required.  MacDonald J said that the inventory and account can be appropriately qualified in order to deal with problems of that sort.  He further noted that Family Division did not lose jurisdiction to order an account simply because (as had happened), the beneficiaries has begun proceedings to remove the executor and (suspiciously, the judge felt) the executor had begun to question the validity of the will.

Accordingly, MacDonald J made a further order for an inventory and account which replaced the order originally made by the district registrar. 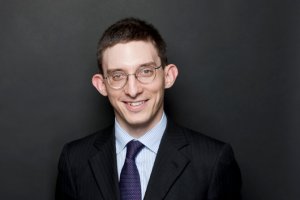