The Judicial Committee of the Privy Council has handed down judgment in Pleshakov v Sky Stream [2021] UKPC 15 (on appeal from the British Virgin Islands).

The case concerned the beneficial ownership of the shares in a BVI company (Sky Stream) which was incorporated for the purpose of receiving a 19.9% stake in Transaero, a Russian airline.

Mr Pleshakov’s case was that the respondents, Mr Linkov (a Russian lawyer and longstanding trusted associate of Mr Pleshakov) and Ms Kazantseva (a partner in Mr Linkov’s law firm and subsequently Mr Linkov’s wife) had incorporated Sky Stream at his direction and for his benefit as a vehicle for holding the 19.9% stake in Transaero.

Although the case largely turned on its own facts, it provides a useful example of the principles concerning the creation of a trust by informal means in a commercial context with Lord Sales (delivering the advice of the Board) endorsing at (paragraphs 47 to 49) what he described as the “basic principles” that: 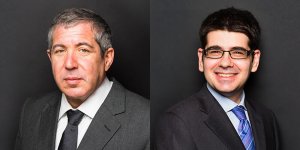