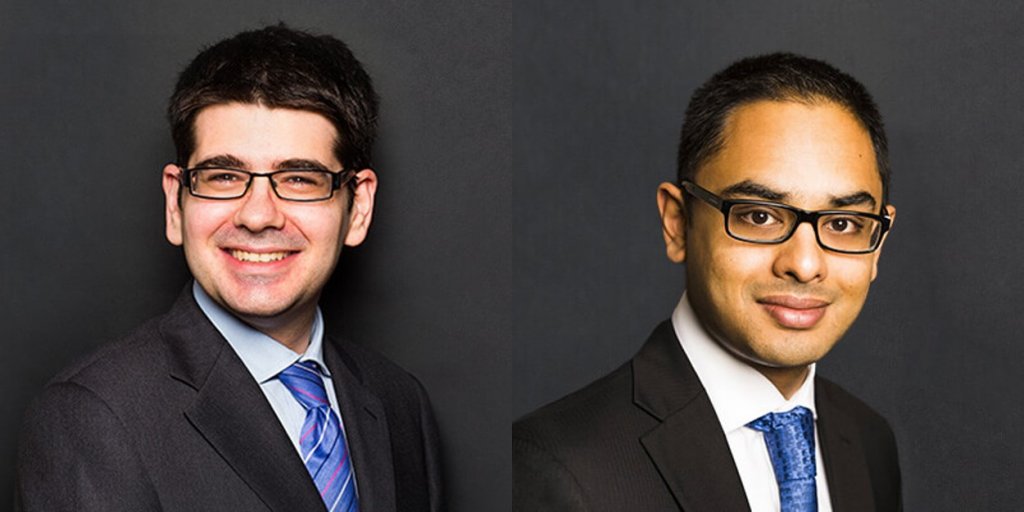 The Judicial Committee of the Privy Council has handed down judgment in Chu v Lau  [2020] UKPC 24 (on appeal from the British Virgin Islands).

The advice of the Board (with separate judgments by Lord Briggs and Lady Arden) covers a wide-range of issues relating to just and equitable winding-up petitions and will be of general interest to all practitioners specialising in shareholder disputes.

The Appellant (“Mr Lau”) and the Respondent (“Mr Chu”) were 50/50 shareholders in a BVI company, Ocean Sino Limited (“OSL”) which they operated as a quasi-partnership. OSL was the sole shareholder of a Hong Kong subsidiary, PBM Asset Management Limited (“PBM”).   In turn, PBM owned 49% of the shares in another Hong Kong company, Beibu Gulf Ocean Shipping (Group) Limited (“Beibu Gulf”). The other 51% was originally held by an intermediate holding company of a Chinese stated-owned enterprise.

In 2010 Beibu Gulf ordered a fleet of 8 vessels for its shipping business. For that purpose, Mr Chu and Mr Lau (through PBM) invested substantial funds in Beibu Gulf, which were used for the purchase of the vessels. 4 of the vessels ordered were subsequently delivered but the orders for the remainder were cancelled with Beibu Gulf receiving substantial refunds.

Following the cancellation of the ships Mr Lau wanted PBM to demand repayment of the unused funding which he considered to be a loan. Mr Chu refused, asserting (contrary to the terms of a previous written agreement) that the funding was a contribution to Beibu Gulf’s working capital and that PBM could not unilaterally demand repayment.

The relationship between Mr Chu and Mr Lau deteriorated to such an extent that, in May 2015, Mr Lau applied to the BVI Commercial Court to wind up OSL on the ground that it was deadlocked.

After proceedings had been commenced, the disputes between the parties escalated even further and by the time of the trial at first instance Mr Chu had seized control of Beibu Gulf and stripped it many of its assets.

The trial judge (Justice Roger Kaye QC) held that that there was an irretrievable deadlock and breakdown in relations between Mr Lau and Mr Chu both at the time the proceedings had been commenced and at the date of the trial. The judge also found that, whilst both parties bore a measure of responsibility for the breakdown of their relationship, Mr Chu was primarily to blame.  Thereafter joint liquidators were appointed over OSL.

On appeal, the Eastern Caribbean Court of Appeal (Blenman, Michel and Thom JJA) reversed the trial judge’s finding that OSL was deadlocked. It also held that even if OSL was deadlocked, given the purported availability of other remedies, in the exercise of his discretion, the trial judge should not have ordered the company to be wound up but should instead have ordered Mr Chu to buy Mr Lau’s shares in OSL.

The Court of Appeal’s decision has now been reversed by the Board and the decision of the trial judge restored. The Board held that OSL was indeed deadlocked and that there had been as an irretrievable breakdown in the relationship between the parties. The Board also held that the Court of Appeal was wrong to find that Mr Lau had unreasonably failed to pursue an alternative remedy and that the trial judge had been fully entitled to exercise his discretion so as to order the winding up of OSL.

In arriving at these conclusions, the Privy Council considered and clarified several important points of substantive law and procedure with respect to just and equitable winding up petitions (and also, in part, unfair prejudice petitions).

(1) “Deadlock” as a ground for winding-up a company

In his judgment, Lord Briggs held that there were two related but distinct situations in which a falling out between a company’s shareholders may lead to the company being wound up on the just and equitable ground (at [14]-[17]).

First, a company may be wound up where the shareholders are unable to co-operate in the management of the company such as to cause the company to cease functioning at either board or shareholder level. This may be described as “functional deadlock” and a company may be wound up on these grounds regardless of whether or not it is a “quasi-partnership”.

The Board further confirmed that this second ground may also be made out even if the dispute between the parties does not directly relate to the affairs of the company that is the subject of the winding-up petition (at [25]-[30]). Rather, the Board held that in considering whether there has been a breakdown in the relationship of mutual trust and confidence, a court can properly consider any relevant evidence of the broader relationship between the parties.

Of course, in some situations, as was the case in this instance, both grounds may co-exist and justify the winding up of a company.

Lord Briggs’ analysis brings welcome clarity to the circumstances in which the “deadlock” ground may be invoked.

The Court of Appeal had held that in assessing whether or not a winding up petition was well-founded one needs to consider the factual position prevailing as at the date of the commencement of the proceedings and that subsequent events ought to be disregarded insofar as they demonstrate deadlock or a breakdown in mutual trust and confidence.

The Board rejected the Court of Appeal’s approach (at [43]). Rather, given that the wording of the legislation provides that a court may wind up a company if it “is of the opinion that it is just and equitable” (emphasis added) to do so, that must be a reference to a court assessing the facts as at the time of the trial. Further, the fact that a just and equitable winding up order is essentially discretionary relief meant that it was clear that in assessing whether or not to grant a winding up order on the just and equitable ground the court ought to assess the facts as they are at time of the trial.

In any event, the Board noted that the trial judge had found that there existed a deadlock/breakdown in relations by the time the application was filed and that matters arising  after the filing of  the  application  had only made matters worse  (at [44]-[47]).

(3) Conduct of the Petitioner

Mr Chu argued that Mr Lau should be refused relief even if deadlock had been established because Mr Lau was also partly responsible for the breakdown in the relationship between the parties and therefore had “unclean hands”.

The Board rejected that argument, confirming the dicta of Lord Cross in Ebrahimi v Westbourne Galleries Ltd [1973] AC 360 that relief will only be refused in this context if the petitioner is the “sole” cause of the deadlock (at [19], [64]).

This is a pragmatic approach bearing in mind that in practice it will be a rare case where the petitioner is entirely blameless in relation to the circumstances giving rise to the deadlock.

The advice of the Board is particularly helpful in clarifying the proper approach to considering potential alternative remedies to an application for a winding-up order.

In the BVI, as in the UK, a petitioner is not entitled to a winding up order if they have acted unreasonably in seeking such relief rather than some alternative remedy.

On that basis, the Board rejected arguments based on purported alternative remedies which had not been pursued at trial or which Mr Chu had failed to prove were reasonably available to Mr Lau.

(5) Relevance of restrictions on transfer of shares

Before the Board Mr Chu argued that the lack of any formal restrictions in OSL’s constitutional documents on the transfer of shares was relevant to the assessment of whether: (i)  OSL was a “quasi-partnership”; (ii)  there was a  “functional deadlock” in the affairs of OSL; and (iii) Mr Lau was acting unreasonably by seeking a winding up order rather than attempting to sell his shares. All three arguments were rejected by the Board.

With respect to a finding of “quasi-partnership”, Mr Chu sought to rely on Lord Wilberforce’s judgment in Ebrahimi that a “quasi-partnership” will typically be found to exist where one of more of the following (or analogous) factors are present: (i) an association formed or continued on the basis of a personal relationship involving mutual confidence; (ii) an agreement that the shareholders shall participate in the management of the business; and (iii) a restriction upon the ability of a member to transfer his interest in the company.

However, the Board noted that none of the three indicia specifically identified by Lord Wilberforce were necessary elements for the superimposition of equitable considerations (at [31], [63]). As such, in this case the absence of a restriction on the transfer of shares did not justify interfering with the trial judge’s finding that OSL was a “quasi-partnership”.

As for the relevance to a finding of “functional deadlock”, the Board held that a lack of restrictions may only be relevant if the petitioner could be expected to sell his shares on “fair terms” (at [49]). In a “quasi-partnership” an incoming third-party purchaser would be highly unlikely to pay a fair value. Therefore, the lack of restrictions did not provide any basis for departing from a finding of “functional deadlock” (at [50]-[51).

A similar point was also made with respect to the potential for a petitioner to sell his shares to a third party. If no third-party purchaser would be willing to pay fair value for a petitioner’s shares then such an option, although theoretically available, cannot be regarded as a realistic alternative which the petitioner was unreasonably failing to pursue (at [55]-[58]).

Since the Court of Appeal had held that on a petition for a winding up order a court may, in the alternative, make a share purchase order (relief which is commonly ordered where unfair prejudice is established), the Board took the opportunity to clarify the relationship between the two statutory regimes for shareholder relief.

In particular, the Board confirmed that in the absence of a finding of unfair prejudice a court has no power to make a share purchase order on an application for a winding up (at [58], [60]).

Furthermore, it is “it is not lightly to be assumed that an applicant who can prove [grounds for just and equitable winding up] the latter will equally be able to prove [unfair prejudice]” (at [58]).

Accordingly in a “deadlock” case, in the absence of identifiable unfairly prejudicial conduct in relation to the affairs of the company, a respondent will not be able to defend the petition by arguing that the petitioner has acted unreasonably by not pursuing unfair prejudice relief.

The Board’s decision clarifies several important aspects of law in relation to just and equitable winding-up petitions, as well as shareholder disputes in general. In particular, it brings much needed clarity on when and in what circumstances: (i) a shareholder dispute may be grounds for winding up a company; (ii) the availability of an alternative remedy may bar winding-up relief; and (iii) the absence of restrictions on transfers of shares may be relevant. 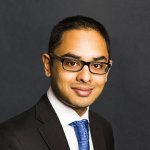