Persons to be notified of proceedings in the Court of Protection: M v P [2019] EWCOP 42

Who should be given the opportunity to give evidence and make representations in an application made to the Court of Protection?

“First, the court must be satisfied, before it exercises a judicial discretion, that it has all the relevant material before it, and that it has heard all the arguments which can properly be canvassed and which are directed to the question to be determined. Second, all persons materially affected should be given every opportunity of putting their cases forward.”

Millett J’s principles might fairly be regarded as straightforward principles of natural justice, now further protected through the Human Rights Act 1998 incorporating into English law article 6 of the European Convention of Human Rights concerning the right to a fair trial.

In line with these principles, the Court of Protection Rules 2017 (“COPR”) therefore provide that an applicant must name as a respondent “any person (other than P) whom the applicant reasonably believes to have an interest which means that that person ought to be heard in relation to the application” (COPR r 9.3(c)(iii)). In respect of statutory will applications, para 9 of COPR PD 9E further specifies that the respondents must include:

“(a) any beneficiary under an existing will or codicil who is likely to be materially or adversely affected by the application;

(b) any beneficiary under a proposed will or codicil who is likely to be materially or adversely affected by the application; and

(c) any prospective beneficiary under P’s intestacy where P has no existing will.”

The COPR also, however, anticipate that there may be other persons who – whilst not needing to be named as respondents from the outset – ought to be notified of the proceedings so as to have the opportunity to apply to be joined as respondents and to participate in the hearing of the application. Such persons must be named by the applicant on her application form (COPR r 9.3(c)(iv)), and must be notified within 14 days of the date of issue (i) that an application has been issued, (ii) whether the application relates to the exercise of the court’s jurisdiction in relation to P’s property and affairs, or P’s personal welfare, or both, and (iii) of the order or orders sought (COPR r 9.10).

There are occasions, however, when an applicant may have substantial reasons for wishing to keep an application secret from a person who might in the usual course be required to be made a respondent to, or notified of, the proceedings.

That was the situation in M v P [2019] EWCOP 42.  P had two children by a previous marriage: H and X. Since his divorce, P had entered a long-term relationship with M. In 2009, P had made a will, which included provision for X as a beneficiary of two will trusts. A letter of wishes indicated that X was to be considered as the primary beneficiary of one of those trusts. P had subsequently suffered a stroke, and had lost capacity to manage his property and affairs. H and M were appointed as P’s deputies for property and affairs.

H and M made a joint application for authority to execute a statutory will on behalf of P. They intended to argue that P had been considering making a new will shortly before his stroke, to reflect a change in position of the companies that P owned.

The applicants had initially proposed a statutory will which “would have reduced X’s benefit as compared to the 2009 will by reducing the size of the second trust by £50,000, widening the class of beneficiaries, and losing the benefit of the letter of wishes” (at §12). On that basis, they accepted that X should, in the usual course, be a respondent to the proceedings because he would be materially and adversely affected by the terms of the statutory will (at §26). However, during the course of the hearing, the applicants changed their proposal to one under which an apparently more discrete trust would be created to hold a 20% share in the residue of P’s estate for X and his spouses, widows, and issue. Their position was therefore that the application would not materially or adversely affect X (at §28), and that he therefore did not fall into the category of persons required to be joined as a respondent under the COPR.

HHJ Hilder accepted this proposition: whilst noting that the applicants’ proposal did not bind the ultimate decision of the court, she considered it unlikely that the court would seek to reduce X’s share in the estate from that which was provided for in the existing will (at §35). X did not therefore need to be joined as a respondent.

Significantly, however, HHJ Hilder also went on to decide that X was also not required to be notified of the proceedings. She reasoned as follows:

A softening of the court’s approach?

It might at first be thought that HHJ Hilder’s approach to the question of whether X required notification of the proceedings is inconsistent with Millett J’s decision in Re B (which was not cited in her judgment).

In Re B, the receiver of a patient’s property applied for the patient’s estate to be appointed in equal shares between P and E under a power of appointment that had been conferred upon her by her late husband. The receiver invited the court to dispense with any requirement to notify P and E of the application, fearing that if they were made parties, the proceedings would become bitterly contested, and that “P and E will indulge in a great deal of mutual mud-slinging and exacerbate the existing family divisions” (553G).

Millett J refused, citing the two considerations with which this note opened, and going on (557A):

“Of course, there will be exceptional cases in which it will be right to exclude a party from the proceedings, notwithstanding the fact that he is a party interested. Plainly delay, cost, embarrassment and the exacerbation of family dissensions are all relevant matters. But only in the most exceptional circumstances should the considerations to which I have referred be overridden.”

Millett J’s conclusion was therefore that in the absence of emergency, or need to act with great speed, or of some other compelling reason “all persons who may be materially and adversely affected should be notified of the application” (557C).

Re B was subsequently followed by DJ Batten in Re AB [2014] COPLR 381 and Senior Judge Lush in Re D [2016] EWCOP 35, both of which decisions emphasised the necessity of “exceptional circumstances” before the requirement to join a party as respondent or to notify a party of proceedings could be relaxed.

It is striking, therefore, that Re B does not appear to have been drawn to the attention of the court in M v P – and that, as a consequence, HHJ Hilder did not expressly use “exceptional circumstances” as a touchstone when reaching her conclusion as to whether X ought to have been notified of the application.

It may be some answer to this criticism that some of the essence of Re B has since been encoded in the COPR, given that paragraph 9 of Practice Direction 9E expressly provides that persons who are “likely to be materially or adversely affected by the application” must be named as respondents (rather than merely falling to be notified of the proceedings). HHJ Hilder emphasised that she was making her decision on the basis that X’s interests would not be materially or adversely affected by the application, taking him out of the category of persons who should be named as a respondent to the proceedings from the outset. She also flagged at her footnote to §35 that if, upon the hearing of the substantive application, it appeared that this basis was not correct, “the question of X’s involvement in proceedings could be considered again.” It was evidently significant to HHJ Hilder’s decision that the proposal for the statutory will was changed by the applicants so as better to protect X’s position and take him out of the category of persons who needed to be a respondent to proceedings, rather than merely notified of their existence.

It therefore remains to be considered properly – in the light of what Millett J decided in Re B – whether under the COPR “exceptional circumstances” are required before the court will relax the normal course of requiring a person interested in (as opposed to materially or adversely affected by) the application to be notified of the proceedings under r 9.10. Mindful of the fundamental principles of justice that underpinned Millett J’s decision, however, it is unlikely that a court – fully appraised of the pre-COPR 2017 authorities – would take anything less than a robust approach to protecting the rights of interested parties to participate in proceedings. 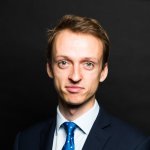 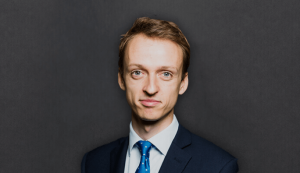