The Supreme Court has handed down judgment in Patel v Mirza [2016] UKSC 42. The lead judgment was by Lord Toulson JSC.

Patel v Mirza in the Court of Appeal

In the Court of Appeal judgments in Chandrakant Patel v Salman Mirza [2016] UKSC 42 (on appeal from [2014] EWCA Civ 1047), Gloster LJ disagreed with the majority holding that it did not matter whether an illegal agreement was stated in the pleadings. What was key was to examine the policy considerations in play. Gloster LJ held that the policy underlying the criminal law that applied to insider trading namely s.52 of the Criminal Justice Act 1993 (“the Act”) was not engaged nor did it require an investor to lose all his rights when no inside information was received and no insider dealing took place.

In the Supreme Court

The majority led by Lord Toulson (with whom SCJs Hale Kerr Wilson and Hodge agreed, and with whom Lord Neuberger substantially agreed) endorsed the approach adopted by Gloster LJ in the Court of Appeal but went further by overruling the reliance test adopted by the House of Lords in Tinsley v Milligan.

The minority SCs Clarke, Mance and Sumption agreed with the result that the Claimant was entitled to recover but differed from the reasoning of the majority preferring a rule based approach on the basis that not to do so was productive of uncertainty and that it was contrary to established authority (such rule being that that restitution would normally be available although there would be exceptions). 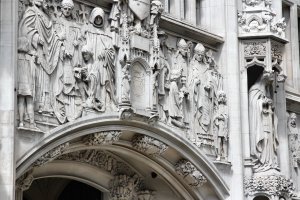