Well-drafted modern trust deeds will contain a comprehensive set of broad administrative powers for trustees: older documents may not give the same scope to trustees facing changing circumstances.

Section 57 of the Trustee Act 1925 (“section 57”)  allows the court to confer power on trustees to undertake a wide range of dispositions and transactions where they would otherwise not have power to do so either because the trust instrument does not include the necessary power at all or because the power is given in restricted terms.

Before it makes an order under section 57, the court must be satisfied that:

(a) the trustees lack the proposed power;

(b) the proposed power relates to the management or administration of the trust assets (section 57 cannot be used to alter the beneficial interests under the trusts);

(c) the proposed power will authorise the trustees to enter into a disposition or other transaction of the type contemplated by the section;

(d) it is “expedient” that the trustees should be able to enter into the proposed disposition or transaction; and

(e) the court should exercise its discretion in favour of conferring the power.

The statutory requirement that the proposed transaction be “expedient” means that it must be necessary and beneficial for the trust as a whole. It does not need to be beneficial for all beneficiaries. A proposed transaction could be disadvantageous to some beneficiaries and still be “expedient” provided that, overall, the advantages or benefits outweigh the disadvantages or lack of benefit.

The classic use of section 57 is to empower trustees to enter into a specific transaction e.g to sell a property held on a life interest trust under a will. The statutory words “disposition…or other transaction” have been given a wide interpretation by the courts as illustrated by Gelber v Sunderland Foundation [2019] WTLR 29 where the court approved the addition of a power permitting a single corporate trustee to be appointed on the basis that the transfer of title that would be involved in the appointment of a new trustee constituted a “disposition”.

However,  more recently, applications have been made under section 57 asking the court to confer general powers on the trustees not connected with any particular contemplated transaction or disposition but by way of expanding and updating the administrative provision of the trusts so that trustees to adapt to changing circumstances and avoid the need for further applications under the section. In the Portman Estate case [2015] WLTR 871 the court conferred a range of general powers including powers to trade, give guarantees, employ an investment adviser, hold property through nominees, accept good receipt for payment to minor beneficiaries

The recent decision of Chief Master Marsh in Cotterell v Beaumont [2020] EWHC 2234 (Ch) contains a valuable review of the court’s jurisdiction to “modernise” trust deeds. The key points are:

The application in Cotterell did not seek a power for the trustees themselves to add further administrative powers to the trust instrument. The court in the Portman Estate case had indicated that it was unwilling to confer such a power. However, in Somerset v Fitzgerald [2019] WTLR 726, the court did grant such a power. Although that was an application under the Variation of Trusts Act 1958, the court expressed the view that there was no reason for the court to take a different approach when exercising the section 57 jurisdiction.

Although the issue was not before him, Chief Master Marsh’s judgment (at paragraphs 48 and 49) indicates that he accepts that the section 57 jurisdiction does extend, in an appropriate case, to conferring a power on trustees themselves to add new administrative powers to a trust instrument.

In the light of this decision, are there any limitations to the section 57 jurisdiction?

The major one is, as noted above, that the section cannot be used to vary beneficial interests under the trusts: that can only be done under the Variation of Trusts Act 1958.

The Cotterell decision confirms the value of the section 57 jurisdiction in equipping trustees to deal with the challenges that they face in administering trusts in changing times. 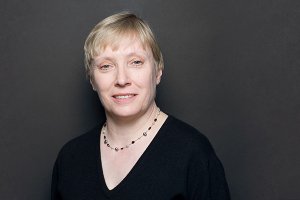