ZCCM Investments Holdings PLC v Kansanshi Holdings PLC [2019] EWHC 1285 (Comm) is the first time a derivative action, pursued in arbitration, has come before the English courts.  The claimant, a Zambian majority state-owned investment entity, sought to pursue the derivative action against a Canadian mining group, seeking damages of some US$450 million. Cockerill J dismissed challenges to a decision of an arbitral tribunal under section 68 of the Arbitration Act 1996 and an application to amend the arbitration claim to bring additional challenges based on fraud.  The decision is important in finding that the tribunal’s decision to refuse permission to pursue a derivative action (under Zambian law) was a procedural order and not an award.  It was therefore not susceptible to challenge under the Act. Furthermore, the court held that documents which were alleged to have been fraudulently withheld, notwithstanding the absence of any order for disclosure in a summary application, would not “probably have affected the outcome” and the fraud challenge would fail in any event. The judge also found that ZCCM had failed to demonstrate reasonable diligence in obtaining ministerial permission to use the documents in question, the existence of which had been known to ZCCM for two years prior to the commencement of the arbitration. The requirement for reasonable diligence survived Takhar v Gracefield Developments [2019] UKSC 13 because, even if its principles were otherwise applicable, the case fell into the exception identified by Lord Sumption where the same case of fraud advanced at arbitration was relied on to set the award aside.  Michael and Edward were instructed by Amsterdam & Partners. 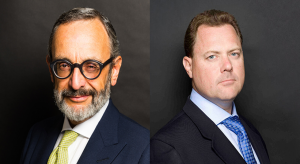