McMahon DB had previously observed in Bond v Equiom Trust (Guernsey) Limited (4 June 2018, Guernsey Judgment 24/2018) that section 53(3) of the Trusts Law was a codification of the ‘rule’ in Saunders v Vautier (1841) 4 Beav 115, 49 ER 282 – that unanimously consenting beneficiaries of full age and capacity may terminate a trust, if they are the only persons entitled to its due administration of the trust.

In this latest judgment, McMahon DB clarifies that, in Guernsey law, what matters is the proper interpretation and application of section 53 of the Trusts Law, and that principles developed in other jurisdictions regarding the application of the ‘rule’ in Saunders v Vautier will only be relevant insofar as they bear on the wording of section 53 itself. The court acknowledged that this may result in cases having different outcomes under Guernsey law than they would otherwise under the English law ‘rule’ in Saunders v Vautier.

Section 53(3) of the Trusts Law states that “where all the beneficiaries are in existence and have been ascertained, and none is a minor or a person under legal disability, they may require the trustees to terminate the trust and distribute the trust property among them.” The applicant was the single beneficiary designated by the trust instrument. Whilst the trust instrument contained a power to add further beneficiaries, that power had not been used, and the Royal Court accordingly held that the conditions set out in section 53(3) were fulfilled and the trust should be terminated.

Whilst McMahon DB found that other cases concerning the ‘rule’ in Saunders v Vautier were not relevant to his decision insofar as they went beyond the wording of the Trusts Law, his judgment nevertheless contains a useful discussion of several such cases and the potential implications of a power to add further beneficiaries to applications to terminate a trust under the ‘rule’ in Saunders v Vautier in jurisdictions which do not have a statutory codification of their own. In particular, McMahon DB noted that even if he had considered all the authorities before him as applicable under Guernsey law, he still felt that it was arguable that an application to terminate the trust would not have been rejected simply on the basis that “anyone in the world might at some future date be added as a beneficiary“.

A link to the judgment can be found here. 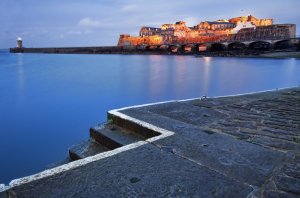