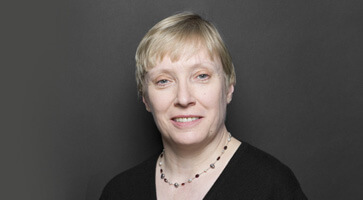 This note considers two recent decisions on the Forfeiture Act 1982 (“the Act”) arising from two very different tragedies. One concerns Sally Challen whose conviction for murdering her husband was quashed after new evidence on the theory of coercive control was accepted. The other arises from a collision on a motorway on the way to a funeral.

Operation of the forfeiture rule

The forfeiture rule is one development of the fundamental tenet of public policy that a person should not benefit from his own wrongdoing. The Act allows the court to mitigate the effects of the rule in cases (apart from murder) where the “justice of the case” requires it.

The forfeiture rule prevents a person who has unlawfully killed another (“offender”) from taking any benefit which arises in consequence of the killing. He or she cannot benefit under the deceased’s will or intestacy (he or she is treated as having died before the deceased). In the case of a joint tenancy, the rule operates to sever the tenancy.  The rule does not prevent a person benefitting as one of the beneficiaries of a discretionary trust because the benefit there arises from the independent exercise of the trustees’ powers. By virtue of section 3 of the Act, the rule does not prevent the offender from obtaining an order under the Inheritance (Provision for Family and Dependants) Act 1975 in an appropriate case.

The rule applies to murder, to all types of manslaughter and to aiding and abetting suicide. In Amos v Mancini, the court had to decide if the rule extends to causing death by careless driving.

At the end of a long journey, Mrs Amos failed to brake and stop when approaching a line of traffic waiting at a roundabout on the M4. In the resulting shunt, her husband sustained injuries from which he died.  Mrs Amos pleaded guilty to causing his death by careless driving. Mr Amos’ will left his estate to his wife if she survived him. Mrs Amos applied for a declaration that the forfeiture rule did not apply, alternatively that it should be disapplied under the Act.

The Judge decided that the logic behind applying the rule to all cases of manslaughter (including those involving little more than inadvertence) is that they involve causing death by criminal conduct, which meant that the rule should apply to Mrs Amos’ offence.

Since the court has no power to extend this time limit, the question of when time starts to run is of real importance as demonstrated by Challen v Challen.  Mrs Challen had initially been convicted of murder. After the quashing of that conviction, she faced a retrial where she pleaded not guilty to murder but tendered a plea of guilty to manslaughter by reason of diminished responsibility. About 6 weeks later, the Crown indicated that it was willing to accept that plea. About a week after that, the plea was formally accepted and sentence was passed.

If the three month period ran from her original conviction or from when she tendered her manslaughter plea or from when the Crown indicated that it would be accepted (as suggested by the earlier case of Re Land [2007] 1 WLR 1009), Mrs Challen’s proceedings under the Act would be out of time. The court held that the relevant conviction for the purpose of section 2(3) was the later conviction and that the three month period ran from the date that sentence was passed so her application was in time.

Discretion under the Forfeiture Act

Under the Act, the court can modify the application of the forfeiture rule in whole or in part but section 2(2) states that the court shall not make an order unless it is satisfied that “having regard to the conduct of the offender and the deceased and to such other circumstances as appear to the court to be material, the justice of the case requires the effect of the rule to be so modified in that case.”.

In other words, the court must be positively satisfied that the rule should be modified. Compassion for the offender is not enough. The court must take account of all relevant factors including the relationship between the offender and the deceased, the degree of moral culpability for what happened, the nature and gravity of the offence, the intentions of the deceased, the size of the estate and value of property in dispute, the financial position of the offender and the moral claims and wishes of those who would take on the application of the forfeiture rule: Dunbar v Plant [1988] Ch 412; Dalton v Latham [2003] WLTR 687.

In Amos, the principal factors that weighed with the court in granting the application were:  first, depriving Mrs Amos of her husband’s share in the matrimonial home (which they had bought and renovated together) and his residuary estate was significantly out of proportion to her culpability for what was a significant but momentary lapse of concentration; second, the family members who would otherwise take did not oppose the application.

Challen is more unusual. Although Mrs Challen had deliberately killed her husband, the court distinguished cases like Dalton v Latham and Henderson v Wilcox [2016] 4 WLR 14 on the ground that Mr Challen’s behaviour had contributed significantly to the circumstances of his death. Mrs Challen’s sons (who took on intestacy) did not oppose. Mrs Challen did not claim the estate for herself but wanted to take advantage of the spouse exemption to reduce the inheritance tax payable. The court did not consider that that motive precluded her application.

These cases answer two outstanding questions: the forfeiture rule does apply where a person causes death by driving; the three month period for an application under the Forfeiture Act runs from the date that the offender is sentenced for the unlawful killing.  They also provide useful illustrations of how the court apply the discretion under the Act.