We are delighted to welcome Jessica Clark-Jones, Charles Strachan and Harry Samuels as tenants from 1 October 2021 following the successful completion of their respective pupillages.

Jessica graduated with a first class degree from Cambridge, and received a Denning Scholarship from Lincoln’s Inn in respect of the BPTC. Prior to beginning pupillage, she undertook a six month secondment with a leading Guernsey law firm. She is looking forward to developing a commercial chancery practice in line with chamber’s profile.

Charles has an undergraduate degree in Jurisprudence from the University of Oxford, where he received an academic exhibition, and an LLM in International Commercial Law (Distinction) from University College London. Prior to pupillage, he tutored trust law at University College London, worked as the Judicial Assistant in the Court of Appeal to the Rt. Hon Sir David Richards and assisted Professor Sinéad Agnew in editing the upcoming 20th edition of Underhill and Hayton: Law of Trusts and Trustees. During pupillage, Charles has gained experience in each of Chambers’ areas of specialism, most notably working with members of Chambers on an appeal to the Privy Council concerning the beneficial ownership of shares in a BVI company (Pleshakov v Sky Stream [2021] UKPC 15). Charles has also written on case law in the area of trusts and was recently published in the Law Quarterly Review (L.Q.R. 2021, 137 (Apr), 206-212).

Harry graduated from New College, Oxford with a First in Classics, and went on to come top of his year for the LLM in Bar Professional Training, winning three prizes for his performance. He was also awarded Gray’s Inn’s top scholarships for all three of the GDL, Bar Training and pupillage years. During pupillage, Harry has worked across the full range of Chambers’ practice areas, including assisting in a £450m asset tracing trial, an $18m aircraft financing dispute, and numerous trusts and probate matters both domestic and offshore. He is looking forward to building a broad commercial and chancery practice, and welcomes instructions in any of Chambers’ core practice areas.

Further details on their practices can be viewed by clicking below or by contacting Paul Horsfield, James Ladbrook or Lyndon Tiller. 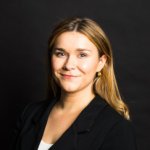 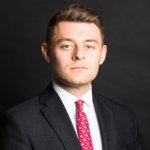 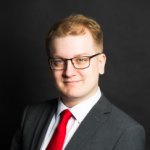