IWD22: The menopause should not be cast in a negative light – Lyndsey de Mestre QC sets out some of the progress and barriers for women

Home > News > IWD22: The menopause should not be cast in a negative light – Lyndsey de Mestre QC sets out some of the progress and barriers for women 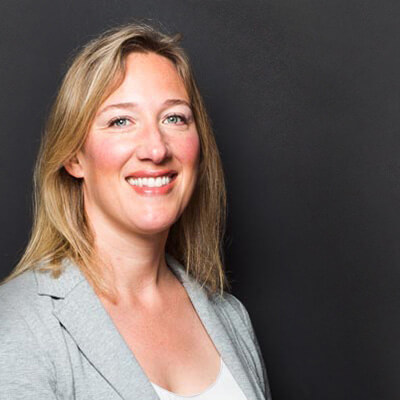 Last week the House of Commons Women and Equalities Committee published some preliminary findings from a survey it commissioned as part of its Menopause and the Workplace Inquiry (which the Bar Council has contributed to by a submission of evidence and through ongoing dialogue with the All Party Parliamentary Group on Menopause). One striking feature is the finding that most women do not tell anyone at work that they are going through menopause[1], despite the vast majority of those responding reporting that menopausal symptoms impact how they feel at work.

I was struck by the anomaly in attitudes towards menopause that this reveals. Taboos have undoubtedly been smashed spectacularly over the past couple of years. Openness of discussion about the symptoms of menopause has been revolutionised, certainly in the media: most Sunday supplements seem to carry an article from a high-profile person discussing menopausal experiences; books, social media accounts, podcasts etc abound. This “mainstreaming” of the menopause as a topic has been driven by women using their profiles to work towards a levelling of the playing-field by dispelling ignorance and raising awareness of a topic that was previously completely off-limits.

But the Parliamentary report suggests that when it comes to individuals discussing their own, specific menopausal challenges with those at work (for example practice managers, leaders, juniors) who may have the power to offer them assistance (and conversely might hinder where they lack understanding), barriers – both self-imposed and societal – remain. These act as brakes on women[2] accessing the sort of bespoke help they need to respond to their individual circumstances, despite the ever louder levels of discussion about the topic at a high level.

In considering why these barriers exist at the coal-face of working environments, and their likely impact on the Bar, it is important to recognise the cultural discomfort some experience around discussion of the symptoms of menopause. There are also those who consider the discussion to be unnecessary. There are others who find confronting the fact that a large number of women are affected to a debilitating degree to be off-putting (i.e. a fear that focussing on severe problems some women suffer will reinforce a false narrative that there is not much to look forward to as older women and that younger women had better brace themselves for something inevitably awful to come their way.) Most worryingly, there is the fear that discussion of the impact of menopause simply increases endemic ageism and sexism, providing more reasons to question older women’s performance.

It is certainly true that some women pass through menopause without experiencing any adverse symptoms, or none that affect them severely enough to impact on their work or quality of life. It is also the case that many who have experienced more impactful symptoms have soldiered on, finding work-arounds with no appreciable loss of momentum.

There are, though, many for whom the symptoms are severe and they are negatively affected at work by symptoms which might be physical but might also be cognitive, including depression, brain fog and anxiety all of which can fundamentally affect confidence in a career at the Bar. Many suffer to a degree where they conclude that must leave their careers. A CIPD/BUPA survey found that three in five menopausal women were negatively affected and that almost 900,000 left their jobs ‘at the peak of their experience’[3].

This spectrum of experiences illustrates that an essential part of properly understanding and responding to the needs of those affected by menopause is recognising that it affects everyone differently. This lies at the heart of addressing real-life reluctance to undertake private discussion of one’s own menopause with colleagues by many who would benefit from doing so.

The sheer numbers of women severely affected easily demonstrates that it is no answer to reluctance, embarrassment or mis-characterisation to stop the discussion or water it down. Rather the answer lies in dispelling ignorance by intelligent education which ensures that a proper emphasis is placed on individual experiences. In a Chambers setting the most obvious first steps to achieving these aims are by bringing in quality, expert training which can deliver true information about statistics, types and range of severity of symptoms. Such training can offer solutions in a nuanced way. Chambers should also be careful to ensure that, once education has been delivered, discussions between individuals are approached without assumptions and generalisations.

The Bar Council grapples with menopause on a less personal basis than individuals in Chambers do. But even at that general level of engagement, an important part of its work will be to lead from the front in ensuring that education, workplace policies and training are addressed sensitively – and most certainly not included as a box-ticking exercises. Imminent next steps are likely to include a review of the impact of the menopause on the retention and career development of women at the Bar and encouragement of groups, such as SBAs, regional Bar associations, and larger sets of Chambers to develop schemes of support for those affected, e.g. menopause cafes, blogs and discussion forums. Sensitivity and respect for the range of experiences of those affected is likely to greatly alleviate the areas of concern that are sometimes heard in the context of discussions about menopause. Women want and need awareness in this area. But menopause should not be cast in a negative light or approached in a “one-size-fits-all” way.

[1] “Menopause” is used in this blog post as a shorthand to cover three distinct phases (peri-menopause, menopause and post-menopause). The main symptomatic phase is peri-menopause, the period leading up to the cessation of menstruation.

[2] This blog post focuses predominantly on women. The impact of menopause for trans, non-binary and gender non-conforming people has added complexity. The menopause can be experienced at that stage of their lives by trans masculine and non-binary identified people whose female characteristics persist, and transwomen may also experience symptoms. Similar support and flexibility in the workplace and an appreciation that additional complexity may arise is needed.

This article appeared on the Bar Council website as part of a series for International Women’s Day 2022. 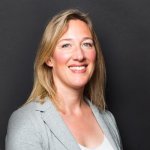