In National Stadium (Grenada) Corporation v NH International (Caribbean) Ltd (Trinidad & Tobago) [2020] UKPC 25, the Privy Council rejected a building sub-contractor’s claim to a beneficial interest in monies lent by a bank to the SPV of a construction project for the purpose of paying contractors. The majority held that the suite of contractual documents did not give rise to an express trust of the monies, or an equitable assignment in favour of the sub-contractor. Lady Arden dissented, and held that the contractual documents had given rise to an express trust in favour of the developer, which had assigned its beneficial interest in the monies to the contractor.

The claim arose out of a project to build a national sports stadium for Grenada. The stadium itself has long since been completed, but the present dispute over part of the project funding has been in litigation for over 20 years.

In 1997, Government of Grenada and Clico Investment Bank Ltd (the “Bank”) entered an arrangement with a developer (“ICS”) to manage the project. The Appellant (“NS”) was incorporated as a SPV to act as a clearing house for the project funding. The Respondent (“NH”) was the primary building sub-contractor.

A suite of contractual arrangements were put in place, including:

Importantly, NH, the sub-contractor, was not party to the first three agreements, which were central to its case.

The trial judge found as a fact that ICS had assigned to NH so much of the monies payable to it under the Facility Agreement as would from time to time be due to NH (albeit the Court of Appeal overturned this conclusion for want of the assignment being in writing).

A dispute arose between ICS and NH in October 1999. ICS purported to terminate the Construction Sub-Contract and excluded NH from the project. NH claimed that it was owed the equivalent of c. USD2.6m, and obtained a freezing order preventing the Bank from reducing NS’ account balance below this level.  The ultimate question was whether NS or NH was the beneficial owner of the frozen monies.

NH argued that it was the beneficial owner because either:

The Board held that the question whether NH had a beneficial interest in the frozen funds (either through an express trust or an equitable assignment) depended on the mutual intention of the relevant parties in establishing the suite of agreements for the implementation of the project (to which NH itself was not party). The mutual intention was to be ascertained by an objective assessment of the terms of the relevant agreements – in other words, ordinary contractual principles.

The majority of the board held that “In a context like this, a court will be astute to ensure that a trust relationship in respect of money held to fund the scheme is clearly indicated in the contractual documentation. A trust will not readily be found to exist if that would undermine or contradict what appears to be a network of purely contractual relationships providing on their face for personal rather than proprietary rights as between the participants.”

They concluded that the Facility Agreement was intended to create an ordinary relationship of banker and customer, which a trust arrangement would have cut across.

Significantly, a trust deed had been used for another part of the financing arrangements, and so it could not be said that those who prepared the Facility Agreement were unfamiliar with how to constitute an express trust. The absence of clear language pointing to a trust was clearly an important part of the majority’s reasoning. They concluded that nothing in the relevant agreements indicated that NS was to hold any part of the monies it borrowed from the Bank on trust for NH or anyone else.

On the equitable assignment issue, the majority held that NH did not have a beneficial interest in the frozen monies by way of an equitable assignment. NH’s main case on this issue failed because there was nothing to support the conclusion that NS had assigned its own rights (as borrower) under the Facility Agreement to ICS. Therefore, ICS had no beneficial interest to assign to NH, even if the trial judge had been correct that ICS had effectively assigned what rights it had.

Lady Arden dissented: she considered that the main contractual documents did create a trust of the monies in favour of ICS to the extent of any outstanding monies owed by NS to ICS in respect of the project. She held that ICS’s right under the Development Agreement to prevent the misapplication of monies loaned to NS gave ICS a beneficial interest in the monies, which ICS had assigned to NH.

It will be unusual for a stranger to a commercial arrangement to be able to establish a trust in its favour of funds payable from one party to another under that arrangement, in the absence of a clear statement that a trust is intended. This is so even if that arrangement contains a detailed and prescriptive mechanism to ensure that the stranger is paid for work done under a related contract.

That said, the Court will have careful regard to the effect of the relevant contractual provisions, and there may be room for debate about whether a beneficial interest necessarily arises from a particular contractual arrangement which does not use the language of a trust, as shown by Lady Arden’s dissent in this case.

Depending on the facts, it may be somewhat easier for a contractor in such a scheme to establish an equitable assignment in its favour. Per Lord Wrenbury in Palmer v Carey [1926] AC 703, such as assignment in favour of a creditor may arise from:

Therefore, those who enter contractual arrangements which provide for a detailed mechanism by which they are to be paid by a funding source should not assume that they will have any beneficial interest in the monies which are to fund the project, in the absence of a clear indication to the contrary in the contractual documents. 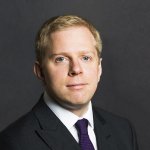 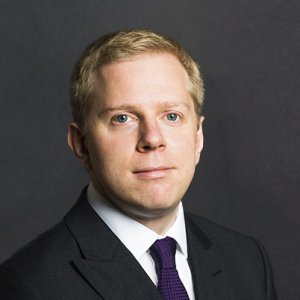