In George v McCarthy & Anr [2019] EWHC 2939, in which Hugh Miall acted for the successful Respondent, the Petitioner raised myriad allegations against his fellow shareholder based on complaints stretching back to at least 2011 with evidence covering over 15 years. More than 20 separate complaints were raised at the outset of trial with further (different) allegations having been raised in pleadings. The Petitioner relied on a generalised case of ‘exclusion’, both from management and information, but the allegations ranged from failure to pay dividends, to abuse of bank mandate, manipulation of board minutes and refusal to provide information. The Petitioner had also alleged that the company was a quasi-partnership, and therefore that he had an extended right to receive information and participate in management.

Following a 6 day trial, the Judge dismissed the petition in its entirety, having found that none of the allegations pursued by the end of trial constituted unfairly prejudicial conduct, and in many instances that those allegations were unsustainable on the evidence. The Judge accepted Hugh’s analysis that the express and comprehensive Shareholders’ Agreement negated the concept of a quasi-partnership, and that there was nothing to support the submission that the relationship was one in which the relevant equitable considerations arose. Following cross-examination of the Petitioner, the Judge concluded he was unable to accept his evidence save where supported by contemporaneous documentation. Among other incidents, the evidence of the Petitioner was notable for the fact that, under cross-examination, he admitted that his requests for detailed financial information about the Company were to enable him not only to support his litigation but also to disclose to third parties, in order to further a buyout plan he had devised behind the Respondent’s back.

This case provides a salutary lesson as to the dangers of engaging in “kitchen sink” litigation, sadly a feature of many unfair prejudice petitions. Such petitions should be pleaded with care and precision following a close examination of what complaints the evidence will support. Too often, disgruntled shareholders simply treat the s.994 Companies Act 2006 jurisdiction as a means to ventilate sweeping historical complaints in the hope that either something will stick, or that the volume of complaints will of itself persuade the Court unfair prejudice exists.

This case is also a prime example of the dangers of simply alleging the existence of a quasi-partnership (which appears to be pleaded in virtually every unfair prejudice petition) without analysing with care the basis upon which such a state of affairs is said to have arisen. A petitioner who assumes the Court will find the existence of a quasi-partnership merely by reason of the company being owner-managed will often come unstuck. Petitioners should also not fall into the trap of assuming that the establishment of a quasi-partnership will open the door to an unfettered right of access to information and/or participation in management. In all cases the underlying question will be: to what extent will equity restrain a party from exercising its strict legal rights in order to ensure that a minority shareholder is not excluded from such information/management as the parties had agreed/understood he would have?

Unfair prejudice petitions are very useful weapons in shareholder disputes. However, as this case shows, they have to be used with care. Petitions should be carefully and clearly pleaded and must be sustainable on the evidence taken as a whole. A failure to do so will often be an extremely expensive error.

Hugh was instructed by Michelmores.

Hugh is ranked as a Leading Junior across his practice areas, including for Chancery: Commercial work, Commercial Dispute Resolution, Company and Partnership and Insolvency disputes. 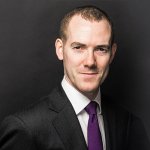 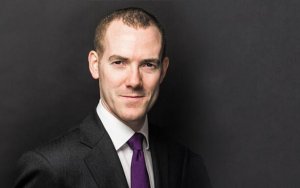