Herald was one of the largest funds which invested in Bernard L Madoff Investment Securities LLC (“BLMIS”) one of the world’s’ biggest Ponzi scheme which collapsed in December 2008 when Bernie Madoff confessed his fraud. Herald’s original claim in the bankruptcy of BLMIS was close to US$2bn. In this case the Additional Liquidator, Michael Pearson, was appealing the decision of the Cayman Islands Court of Appeal. The central issue being litigated between the Additional Liquidator and the liquidators of Primeo Fund is the meaning and effect of section 112(2) (a new provision introduced in the Cayman Islands Companies Law in 2009) and whether it enables Mr Pearson to rectify the register of members in a way that would enable funds to be distributed to Herald’s remaining members in a way that reflected cash investments rather than the fictitious profits reflected in the fund’s NAVs which were based on fraudulent valuations provided by BLMIS.

For more information and video highlights of Francis’s appearance in the Privy Council, please see here. 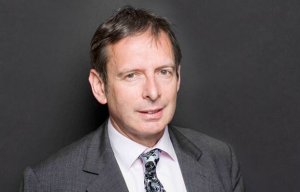