The appeal raised a short but important issue of interpretation of section 112(2) of the Companies Law of the Cayman Islands. Section 112(2) was introduced into the legislation in 2009 and had not previously been tested in the courts.

The issue was whether the Liquidator’s power to rectify the register was wide enough to enable the liquidator to amend the register of members in such a way as to do substantial justice as between investors in a way that would not be possible if the surplus available for distribution were to be distributed in strict accordance with their legal rights as stated on the register. His client was successful at first instance in the Grand Court but the decision of Jones J was overturned on appeal. The JCPC upheld the Court of Appeal’s decision but said that they considered the appellant’s arguments were “persuasive” and they did so “not without some regret”.  In a fascinating judgment Lady Arden explored ways in which the register of shares could be rectified by a liquidator in ways that involved distinguishing other important JCPC decisions – Fairfield Sentry v Migani and Pearson v Primeo (No 1). She also expressed doubt as to whether a concession made by the liquidator in DD Growth Premium 2X Fund was correct and stated because it was common ground in that appeal no decision was made by the Board as to whether it was correct.

Francis was instructed by Walkers and acted for the Appellant, an Additional Liquidator of Herald SPC which was a major victim of the notorious Madoff Ponzi scheme. 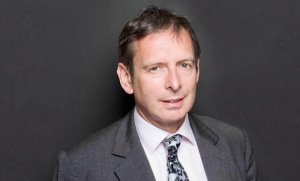