In a judgment handed down on Friday 21 February 2020, Mr Justice Butcher in the Commercial Court held that an aircraft lease governed by English law was not rendered invalid by reason of breaches of foreign procurement legislation.  He awarded US$40 million including interest and costs against the Defendants, Air Tanzania and the Tanzanian Government following a 2-week trial in a dispute arising out of an aircraft leasing transaction.

In November 2007, the lessor Wallis Trading Inc (“Wallis”) leased an Airbus A320 aircraft to Air Tanzania pursuant to an operating lease governed by English law.  Air Tanzania’s obligations under the lease were guaranteed by the Tanzanian Government by a guarantee governed by Tanzanian law.  Following numerous defaults in payment by the Defendants, Wallis terminated the lease and repossessed the aircraft in October 2011.

In their Defence and Counterclaim, the Defendants attacked the validity of the lease, the guarantee and the settlement agreement on multiple grounds largely by reference to provisions of Tanzanian law.  In particular, they alleged:

Following a 2-week trial, these arguments were all rejected, and judgment was entered in favour of Wallis against both Air Tanzania and the Tanzanian Government.  In his judgment, Butcher J held that:

He dismissed the Defendants’ other arguments on the evidence before him and upheld the validity of the lease, the guarantee and the settlement agreement.  He held that there was a valid settlement agreement and awarded Wallis the outstanding sums which it claimed pursuant to that agreement.

The judgment illustrates why English law is routinely chosen as the governing law in aircraft leasing transaction between international parties.  Potential invalidity arising under other laws (such as procurement legislation) would not render invalid a lease governed by English law.  It also illustrates the important role that virtually standard representations and warranties found in aircraft leases play in ensuring the validity of such agreements through the doctrine of contractual estoppel.

The judgment can be read here.

Bajul Shah, instructed by Bob McCunn of Thomas Miller Law, appeared for the successful Claimant, Wallis.  The Defendants were represented at trial by the Attorney General of Tanzania, the Deputy Solicitor General of Tanzania and Mr Mussa Mbura. 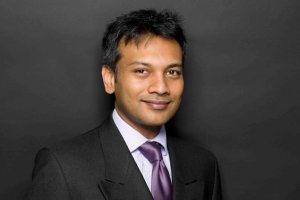