In Lizzium Limited (a company incorporated in Jersey), Clairvale Limited (a company incorporated in Gibraltar) v The Crown Estate Commissioners [2021] EWHC 941 (Ch), the claimants sought a vesting order to recover a property in Newmarket, which had – unbeknownst to them – escheated to the Crown in 1998 during an intended restructuring of a family trust. This legal update discusses what private client lawyers can take from Lizzium and a recent Court of Appeal decision on escheat.

Perhaps the most basic form of family asset management involves the protection or structuring of the family home or, more generally, real estate. Such structures often involve the use of limited liability companies, which are commonly incorporated and domiciled overseas. Such structures can offer significant advantages for the efficient holding of property but, as for the use of limited liability companies by small or informal businesses, the legal consequences of using corporations must be taken seriously.

If the old holding company is governed by the Companies Act 2006, then the position is straightforward: the property will pass bona vacantia to the crown (s. 1012 Companies Act 2006). Interests under trusts will be protected as land which is held by the dissolved company only as trustee will not be bona vacantia (Ibid.). However, the position for foreign companies is more complex: the property will escheat to the Crown and the relevant estate will be extinguished. The case law has established that certain derivative rights (e.g. leases or mortgages) will survive escheat and the extinction of the estate.[1] However, the position regarding equitable interests, in particular those under trusts, is not clear and litigants are forced to rely upon the Court’s “practice” to recover their land.[2]

Two recent cases on the doctrine are discussed below.

The peril inherent in this scenario was recently highlighted in Pennistone Holdings Ltd v Rock Ferry Waterfront Trust [2021] EWCA Civ 1029, where the UBO of certain industrial land sought to transfer it from his Manx company to his English company. However, the UBO chose not to register the transfer because he did not want to be associated (through the land registration and the companies house records of the English company) with the land, due to potential environmental and contamination issues arising out of its former use as an oil site. As a result, the English transferee company received only an equitable interest in the freehold. Shortly afterwards, the UBO dissolved his Manx company. Since registered title had not been transferred from the Manx company, it escheated to the Crown. The land was valuable and so, some 3 years after the dissolution of the Manx company, the Crown Estate Commissioners chose to utilise their title and sold the land to Rock Ferry.

In the litigation, Pennistone, as the intended transferee company, claimed possession of the land from Rock Ferry (the new registered proprietor) and a declaration that it was entitled to be registered as the sole proprietor. Since it had only received an equitable interest in the land, it was forced to claim that its interest had not been overreached by the sale to Pennistone on the basis that it was protected under Schedule 1 to the Land Registration Act 2002[3] as a party in actual occupation of the land, through a family friend of the UBO who sporadically acted as an unpaid caretaker of the land. The trial judge dismissed that on the facts.

Pennistone appealed, with the appeal focussing on the issue of actual occupation and whether the caretaker’s intermittent visits to the land could constitute actual occupation by Pennistone. The Court of Appeal (with Lewison LJ giving the leading judgment and distinguishing his own decision in Malory v Enterprises Ltd v Cheshire Homes (UK) Ltd [2002] Ch 216) dismissed the appeal, holding that the caretaker’s limited use of the land itself was only for his own purposes and would not have informed an observer of any occupation of the land by Pennistone. As such, Pennistone and the UBO lost their land.

An interesting aspect of the judgment is that Lewison LJ at paragraph 22 noted that it had simply been assumed, without argument, that the equitable interest in question would survive escheat of the freehold and he was prepared to proceed on that basis. To some degree this leaves open the issues of principle around the extent to which equitable interests, whether of the kind in this case or under express trusts, survive an escheat. This uncertainty, if only in theory, will be unwelcome to those advising on or managing asset-holding structures under trusts.

In Lizzium, a property in Newmarket had been held by a Gibraltar company (Clairvale) which was wholly owned by a family trust. In 1997 there was a restructuring of the family trust’s assets, including a transfer of certain property from Clairvale to Lizzium, a Jersey company wholly owned by the trust which was to hold the property as nominee. It appears this transfer was intended to include the Newmarket property but did not and so, unbeknownst to those involved, it remained with Clairvale. In 1998, Clairvale was dissolved in Gibraltar and so the property escheated to the Crown. The issue was only discovered in 2015, when Lizzium sought to sell the property and discovered that it did not own it. In 2020, Clairvale was restored to the register in Gibraltar and, together with Lizzium, brought a claim under s. 181 of the Law of Property Act 1925, seeking an order vesting title to the property in Lizzium as had been intended.

In this case, there had been no attempt by the Crown Estate Commissioners to sell the land, rather they responded to the claimants’ correspondence with their usual position that they had no intention to deal with the land or oppose the vesting order.

Interestingly, the Court refused to grant the vesting order sought by the claimants. Section 181 empowers the Court to make a vesting order (which can include the creation of a new estate following an escheat) in favour of “the person who would have been entitled to the estates which determined had it remained a subsisting estate” (judgment emphasis). The Court rejected an argument that this could be approached on a ‘but for’ analysis that Lizzium would have been entitled to the estate but for the mistake in the restructuring. The fact was that Lizzium had never been entitled because there was no transfer. As such, no vesting order could be made in favour of Lizzium under section 181.

The Master did state that an order in favour of Clairvale, the original owner, would have been granted but noted that that was not the order sought. It is unclear from the judgment whether the claimants were able to obtain such an order subsequently or whether they were forced to repurchase their land at full market value from the Crown Estates Commissions (an option referred to at paragraph 37, apparently as the alternative to a refusal to grant the order sought).

The judgment in Lizzium does not provide the full details of the relevant family trust structure; if Clairvale had been holding the property as trustee (whether as bare trustee for the family trustee or otherwise), it may have been possible for the claimants to obtain an order in favour of Lizzium had they sought it under s. 44 of the Trustee Act 1925. This is because section 44 permits the Court a broad discretion to make a vesting order in favour of “any such person in any such manner and for any such estate or interest as the court may direct”. It is typically used to vest property in new trustees but can also be used to vest property in a beneficiary directly (Re Godfrey’s Trusts (1883) 23 ChD 205). This flexibility is likely to be worth careful consideration when seeking to recover escheated property without sacrificing the advantages which led to the use of a foreign corporation in the first place.

These two recent decisions demonstrate some of the risks involved in altering asset-holding structures which use foreign corporations. In practice, escheated property will generally be recoverable by a vesting order but (i) the Crown Estate Commissioners will sometimes exercise their rights to the land and (ii) care needs to be taken in properly analysing the rights which are to be relied upon and the particular form of vesting order desired.

[3] This is the section dealing with the protection of interests on first registration, since following an escheat the previous freehold estate will be extinguished a new freehold created. See paragraph 21 of the decision. 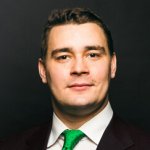 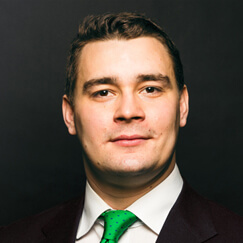