In a recent decision of the English High Court in the case of The Serious Fraud Office & anor v Litigation Capital Limited & ors [2021] EWHC 1272 (Comm) Mr Justice Foxton has given a landmark ruling on an important issue of Jersey law, namely the issue of whether and, if so, in what circumstances, a constructive trust can ever arise over Jersey immovable property.

This issue has been the subject of debate in Jersey over recent years.  The question was also addressed in some detail in a report by the Jersey Law Commission in September 2002 entitled The Jersey Law of Real Property.  However, prior to the decision in SFO v Litigation Capital, the situation with which Foxton J was forced to grapple had not been addressed definitively by the Jersey Courts.

The claims which arose in the SFO case had their origins in business dealings between two entrepreneurs,  Dr Gerald Smith and Mr Andrew Ruhan.  In the words of Foxton J, both individuals “amply merit[ed] the traditional epithet of colourful.”

The dealings between Dr Smith and Mr Ruhan led, eventually, to what the High Court described as a dispute of “labyrinthine complexity…which has offered a near-infinite possibility for disputation”.  One of the (many and varied) issues in dispute concerned the ownership of four properties situated in Jersey and, specifically, whether those properties belonged beneficially to Dr Martin’s wife, Dr Gail Cohrane, or whether she held them on constructive trust for one or more of the Claimants in the proceedings.

In the course of determining this issue, the High Court received expert evidence on Jersey law from an expert instructed on behalf of one of the parties, the Viscount of Jersey.  The other parties were given the opportunity to adduce their own expert evidence but chose not to do so.    The opinion of the Viscount’s expert was that Jersey law did not recognise any type of constructive trust over Jersey immovable property.  In support of that argument, the Court was referred to various provisions of the Trusts (Jersey) Law 1984 (“TJL”) and to two decisions of the Royal Court of Jersey: Re Esteem Settlement [2002] JLR 53 (“Esteem”) and Flynn v Reid [2012] (1) JLR 370 (“Flynn”).

It was acknowledged on behalf of the Viscount that the Court in Flynn had left open the theoretical possibility that a constructive trust of Jersey immovables could arise in the specific context of “trustee fraud”.  However, it was argued that it was impossible to see how this could ever arise in practice.   As the Court had held in Flynn, Jersey law simply did not recognise the “essential underpinnings” of such a claim, namely the existence of an equitable proprietary interest in Jersey immovable property.   Furthermore, it would be “plainly illogical” to hold that Jersey law recognised the existence of a constructive trust in one context (i.e trustee fraud) but not in another (i.e a common intention to acquire property for the benefit of another) when, in all fundamental respects, both types of constructive trust were “the same animal”.

Two of the parties sought to challenge the expert’s evidence by way of cross-examination.  In summary, they argued that:

The decision of Foxton J

Foxton J noted that the following issues were “clear” as a matter of Jersey law:

Foxton J went on to hold that, in his view, the opinion expressed by the Viscount’s expert “fit best” with the conclusions summarised above and that he therefore accepted it.  In particular, the Claimants’ argument that Article 33 itself introduced the concept of equitable title in land into Jersey law found “little support in the TJL itself”.   Further, the argument that Jersey law recognised equitable interests in Jersey land in cases of some types of constructive trust, but not in express trusteeship, or in cases of “trustee fraud” but not in other types of breach of trust, “gave rise to formidable difficulties of delineation”.

Foxton J also noted that Jersey law did provide for personal (as opposed to proprietary) remedies for victims of fraud and that there were a great many other legal systems, including those with “major financial centres and institutions”, which did no more.

He concluded with the (perhaps somewhat tongue-in-cheek) observation that “It would scarcely behove a court sitting in the jurisdiction which brought the statute of Uses 1535 into being to regard it as so unlikely or extravagant that another jurisdiction should prohibit equitable interests in land in all circumstances that the only expert evidence before the court (to that effect) should be rejected.”

Interestingly, this is the second time in recent years where the English High Court has been called upon to determine an issue of Jersey law in the absence of any binding Jersey authority on the point, the other being the decision of HHJ Keyser QC in O’Keefe v Caner [2017] EWHC 1105 (Ch) on the question of whether claims made by the Joint Liquidators of two Jersey companies against their directors were time barred as matter of Jersey law.

Technically, of course, Foxton J’s decision (like the decision of HHJ Keyser before him) is not binding on the Jersey Courts. Nonetheless, given the respect typically afforded to the decisions of English High Court judges by their Jersey counterparts, such a carefully and cogently reasoned decision is likely to carry considerable weight.

Nicole Langlois was instructed on behalf of the Viscount of Jersey to give the expert evidence on Jersey law in these proceedings. 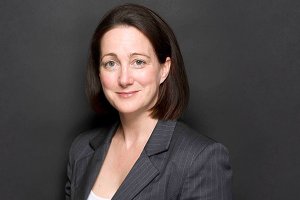