The Court of Appeal of the Dubai International Financial Centre has handed down a ground-breaking advisory judgment on the interpretation of the statutory regimes in the DIFC governing trusts and foundations.

The judgment is a binding advisory judgment in response to 13 questions put to the Court by the DIFC Authority (the government body which manages the DIFC) pursuant to an interesting statutory jurisdiction for the DIFC Court of Appeal to provide binding interpretations of DIFC legislation at the request of the Chief Justice upon the application of: (i) the governing bodies of the DIFC; or (ii) companies and other entities established or licensed in the DIFC.

The advisory jurisdiction does not require any dispute or controversy between parties to enliven it which, as the Court of Appeal noted, makes it relatively unusual in the common law world outside relatively narrow areas of constitutional and public law.

The DIFC Trust Law (DIFC Law No 4 of 2018) is intended to be a near complete code for trust law in the DIFC, although the law expressly provides for the “common law of trust and principles of equity” to supplement the Trust Law.

Interestingly, although many of the common law practitioners in the DIFC are most familiar with English trust law or systems based on English trust law, the DIFC Trust Law is primarily based on the provisions of the US Uniform Trust Code (the UTC). The UTC has been adopted by approximately one third of US States although sometimes with modifications. As a result of this, the Court of Appeal noted that decisions from US State Courts on UTC-derived legislation could be relevant to the future interpretation and application of the DIFC Trust Law.

Although the DIFC Courts and DIFC law have been very successful since their inception in attracting international commercial and financial business, there was a perception that to make the DIFC more attractive to the private wealth management industry, greater certainty about the operation of the DIFC Trust Law, in the form of precedents from the DIFC Courts, would be helpful.

In particular, it appears from the questions posed to the Court by the DIFC Authority that local families and advisors may have wanted more certainty about the interaction between the DIFC Trust law and Shari’a, including the Islamic analogue of the common law trust, the waqf. The Court provided a brief history of the waqf, which existed for over 500 years before the first identified English trust, and involves the privatisation of the ownership of an asset and the socialisation of its benefits. The Court of Appeal also described some of the key features of waqf (translated as “endowment”) which can be used for charitable purposes or for the benefit of the settlor’s family.

The DIFC Foundations Law (DIFC Law No 3 of 2018) was designed to provide another vehicle for wealth management based on the concept of a Foundation, a legal entity known in most continental European jurisdictions although in most cases limited to charitable purposes.

Distinctive features of the DIFC Foundations Law, noted by the DIFC Authority in its submissions, are: (i) the power of the courts to set aside transactions for mistake; (ii) the ability to compulsorily settle intra-Foundation disputes by arbitration; (iii) redomiciliation of Foundations; (iv) recognition of foreign Foundations; and (v) conversion of DIFC private companies into Foundations.

The questions put to the Court, and the Court’s answers, were as follows:

Questions answered by the Court

The answers provided by the Court are unsurprising from an orthodox common law perspective and are conservatively drawn. As a result, the DIFC Courts have retained a lot of flexibility in applying the relevant provisions as and when they arise in an actual dispute.

In answer to question 3 (concerning the nature of the common law and equitable principles that the DIFC Courts will have regard to when interpreting the DIFC Trust Law), the Court of Appeal confidently declared that whilst DIFC law will have regard to English law decisions where relevant, DIFC law can and will plough its own furrow and will not simply apply English law. The presence of the former Chief Justices of Australia and Malaysia on the panel of judges that heard this matter is surely not a coincidence.

In answer to question 5 (concerning the role of a Shari’a law expert as advisory trustee), the Court of Appeal confirmed that a trustee could have regard to the opinion of the Shari’a law expert but, in an answer that seemed to be less definitive than sought by the DIFC Authority, the Court affirmed the orthodox common law position that the trustee could not delegate his or her discretion and must at all times have regard to the requirements of the DIFC Trust Law and relevant common law and equitable principles.

Questions not answered by the Court

Perhaps as interesting as the answers given by the Court are the questions the Court declined to answer and its reasons for doing so. For example:

In addition to those questions left open by the Court, further issues relevant to the DIFC Trust and Foundations Law that may arise for authoritative determination in future cases include:

Outstanding questions relevant to the advisory jurisdiction exercised in this case include:

The judgment is also at least as interesting as an illustration of the sorts of questions that the DIFC Court of Appeal will and will not answer pursuant to its advisory jurisdiction. 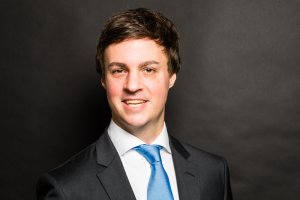