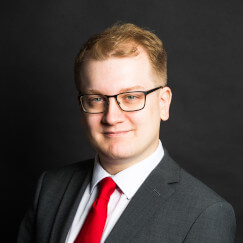 Since joining Chambers in 2021, Harry has begun to build a broad practice. He has acted in a wide range of matters, from commercial dispute resolution and insolvency cases to cases involving company law, trusts work (both domestic and offshore), and probate and estates litigation.

He welcomes instructions in all of Chambers’ core practice areas, and is comfortable being instructed as sole counsel as well as part of a wider team.

Examples of Harry’s recent work include:

During pupillage, Harry also worked on cases including: